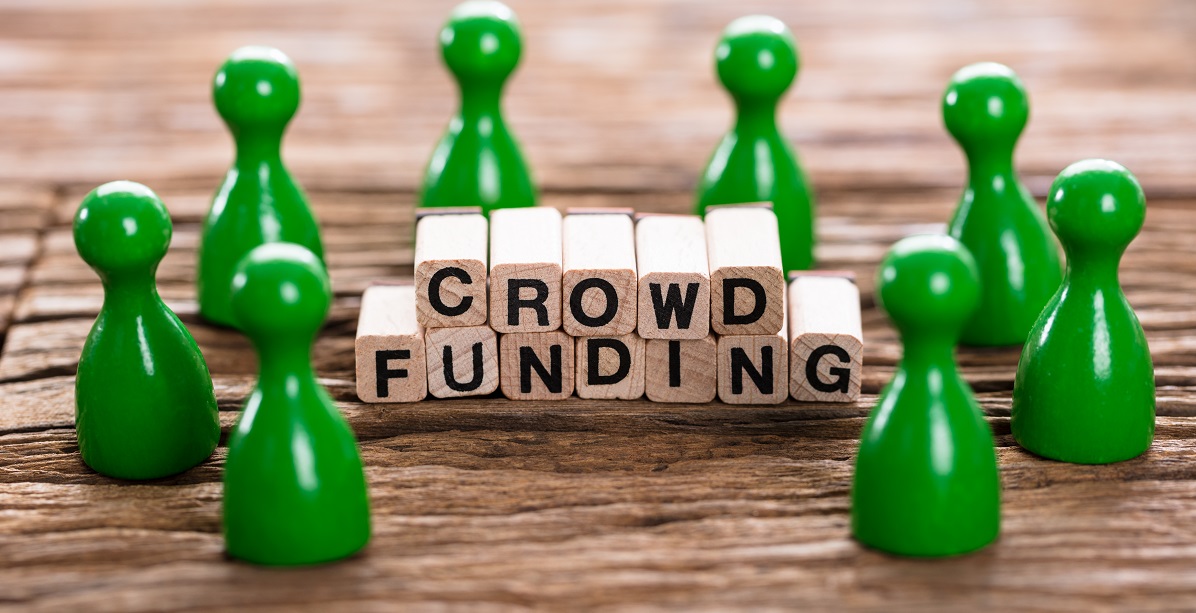 In recent years, crowdfunding has become one of the internet’s biggest phenomena. It’s spawned unlikely successes such as the man who raised $55,000 (£44,000) from strangers so he could make his first ever potato salad, or the Leicestershire woman who requested cash to compensate the money she spent travelling to a disastrous Tinder date (she eventually secured £750). Then there are the shameless financial appeals for liposuction, £5,000 holidays to Disney World and more…

While these quirky stories regularly make headlines, it’s easy to forget just how effective crowdfunding has been in getting fledgling businesses off the ground. In 2017, British startups raised £229m through crowdfunding websites. Today, it’s common for companies to bypass bank loans and business angels in favour of pitching their business idea online via a crowdfunding platform. They then seek to raise investment from the public, in exchange for either equity (such as shares in the business) or rewards.

Here’s some info on two of the most popular platforms, along with advice on getting started…

The UK’s biggest equity-based crowdfunding platform, helping raise £55.6m for British-based companies during the first half of 2019.

How it works: Crowdcube is equity-based, which sees backers make an investment in return for a stake in the business, such as shares. Through Crowdcube, the public can become shareholders in your company from as little as £10, deciding to sell their shares if your firm floats or is sold.

Who it’s for: Companies seeking to scale or expand. Crowdcube offers security too, working with reputable partners such as Grant Thornton, SeedLegals and Linklaters.

Who it isn’t for: Beginners: most companies on Crowdcube tend to be operating already. Crowdcube also conducts due diligence on all firms, who must present detailed business plans giving three-year financial projections. It has an uncompromising ‘all-or-nothing’ stance towards funding too. If your company fails to reach its investment target, all funds are returned to backers.

Crowdfunding platform that has raised £70m for over 80,000 individuals, charities and businesses.

How it works: Crowdfunder is primarily rewards-based. Companies can still receive donations from investors, but they also offer a range of rewards for people who pledge money too. These rewards can be anything from offering discounts, behind-the-scenes experiences (one brewery offered a bespoke private party for anybody investing £5,000), or free sponsorship.

Crowdfunder recently launched a ‘Back Her Business’ campaign alongside Natwest, Royal Bank and Ulster Bank to help female entrepreneurs launch their own company. The banks are offering up to 50 per cent of a firm’s fundraising target (maximum: £5,000) for selected projects. Free coaching, mentoring and networking opportunities are also available.

Who it’s for: Any firms nervous about dipping toes into crowdfunding for the first time – Crowdfunder offers an excellent support network with easy-to-understand online guides, along with expert-led webinars and workshops. Charities, community projects and social enterprises also fare well.

Who it’s not for: Anybody hoping for a quick fix. As with most crowdfunding sites, success relies upon how inventive your ideas are, plus the amount of promotion you put in.

Famous campaigns: In 2016, Crowdfunder users raised £2.5m for the community-based Glenwyvis distillery in Dingwall, Scotland – the first whisky plant to operate in the Ross-shire town in 90 years. Rewards ranged from bottles of whisky to private helicopter tours.

Crowdfunding: Three tips on getting started

If you want your venture to stand out among the thousands of others, storytelling is crucial. You don’t have to go as far as Lulu Jemimah, who helped fund university tuition fees last year by marrying herself, but crafting a compelling back-story to your brand goes a long way.

To prevent copycats from stealing your genius idea, ensure you patent your product/service before you go anywhere near a crowdfunding site. In 2010, Scott Wilson raised $942,000 (£750,000) on KickStarter for his TikTok Lunatik watch. However, he failed to protect the design and trademark, and copies soon flooded the market.

You’ve completed your platform profile. Now, it’s time to sit back and wait for funds to flood in, right? Wrong. To be successful, you need a sturdy digital communications strategy to spread the word to as many potential backers as possible. Social media is, obviously, crucial here.