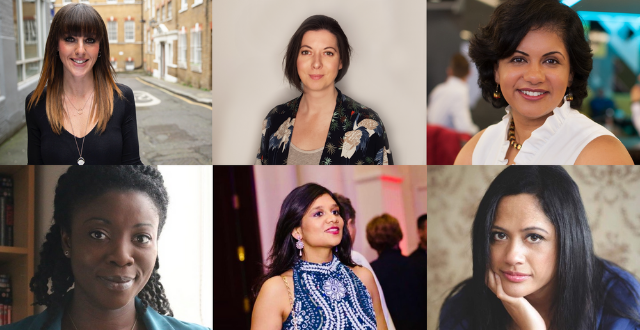 Setting up and running your own business takes, time, effort, inspiration…and smart money management. Six founders talk to us about the best piece of financial advice they’ve ever received — and how it has helped them to build their business success.

‘Expect to have to ask for more money and get comfortable doing that.’

Train yourself to ask for more money than you think you'll get. Don't expect to be offered it (whoever's hiring you as an employee or vendor probably wants to save some money!) — expect to have to ask for it and get comfortable doing that. I received that advice from a female partner in a law firm when I was a trainee. She was assertive and direct, but in a natural way and to me it seemed like she had an expectation of being respected which I admired hugely. I'm pretty assertive in other areas, but I came from a background where we didn't have much money, so I wasn't naturally comfortable asking for more. I had a 'take what you're offered and be grateful' mentality, but her advice changed my whole mindset. It made me realise I could direct how much money I earned in my career. So I wasn't scared of switching jobs or industries even when I was junior. I was confident going freelance, and it's been really helpful as an entrepreneur raising investment.

‘You have to invest to grow in business.’

‘The piece of advice that has most stuck with me came from a conversation with a CEO, who helped bring into sharp focus the mindset shift needed to run business finances successfully, rather than simply ‘managing’ finances as you would with your personal accounts. The latter tends to take the form of a ‘save and don’t spend’ approach to accumulate and grow funds. The former, however, relies on investment in your team, business development, innovation and product/service offering to grow — and flicking that switch has helped me to act more decisively and confidently when it comes to investing in the business, when previously hesitation and indecisiveness would have prevailed.’

‘Build eco-friendly credentials into your business at the start to be cost-effective.’

‘I’ve always wanted to have a business with a conscience and to effect some kind of positive change. I had a few mentoring sessions with Anita Roddick when I first started and she told me, ‘If you want to have a business with a conscience then it’s so much more cost-effective to do it at the beginning when you’re setting up.’ In other words, don’t wait until you become big to try and retrofit those credentials or processes. My aim has always been to be less wasteful, but it took a long time to understand my finances and what that meant. In the early days, I was spending a lot more than I should have done because of that. But in the last 12 months I decided to close my shop in Islington to focus on product and after doing an NHS scrubs project I wanted to find a way to do something meaningful. Cutting costs meant I had time to do that and we’re now in talks with a women’s refuge charity to turn all our offcuts into items we can give to women so they can go to interviews —  the price of every wedding dress already covers the fabric that we will give to charity, so I’m finally building in that nugget of advice from Anita...’

‘Think of the investor relationship as a collaboration or a sounding board.’

‘Truealpha was borne out of frustration I found working with a lot of start-ups when I left my corporate job for the FinTech world. Start-ups have a lot of data about their own business but there wasn’t a solution to help them understand this data and unlock the insights within it so they could make informed business decisions, at speed and in collaboration with investors or VCs — which is where we come in. The knock-on effect of not taking care of this at the start is massive because having investors by your side is what brings resources to you as a founder. But a lot of founders actually undermine the investor relationship piece by just thinking of it as a reporting relationship. Instead, think of it as a collaboration or a sounding board. The more that your investors know what you're building, what you need next and how they can help, the higher the probability of those resources coming to you. You have a network at your disposal, but you have to activate it. And the best way to activate it is to communicate with them — which is the best bit of financial advice I’ve ever been given, straight from the hundreds of investors I’ve spoken to.’

‘Research services before you buy them so it doesn’t cost you down the line.’

‘My life coach told me to stop thinking of money as a finite resource and instead to see it as something more liquid that can flow in and out easily. As someone who can be overly cautious about spending, this advice really helped me find a better balance when thinking about finances while setting up Furnishful. If you get bogged down in ‘scarcity mentality’ and try not to spend anything, it can stop you from taking advantage of opportunities and I don’t think you can be creative in that kind of space. In paying for other people’s services, that flow can make you appreciate that your business is worthy of being paid for too. For entrepreneurs in the start-up phase every penny counts, though. So, although you need to ‘spend money to make money’, give yourself time to research services, especially in IT, as so many things out there have similar functionality. My background is in software development and people don’t realise that big IT operations often have lots of free packages for start-ups — but you’ll only find these if you research and talk directly to them. ‘Impulse purchasing’ is easy to do when you’re starting up but it can cost you down the line.’

‘Money is linked to satisfaction and growth; it's not a goal in itself.’

Money is a means to an end. And that end is usually aligning yourself to your purpose and values. I took this advice from reading founder autobiographies, in particular Shoe Dog by Phil Knight, the creator of Nike, while I was working as a trader. I had had a lot of ‘success as money’ in my job, but everything was uni-dimensional. As a trader, all you're doing is earning money every day and at some point you can get very disillusioned. I thought, ‘I'm not creating something of value in the world or impacting any lives’. When I read Shoe Dog, I remember thinking ‘This guy didn't care. He wasn't trying to optimise for his bank account. He was just aware that he was searching for this ‘other thing’ and it didn't matter where he found it because he knew where he was going from there’. The advice in that book helped me extract myself from the short-term trade of earning more money, to the longer game of building something of real value and co-founding YHANGRY with a purpose to bring people together and create strong social connections through food.’