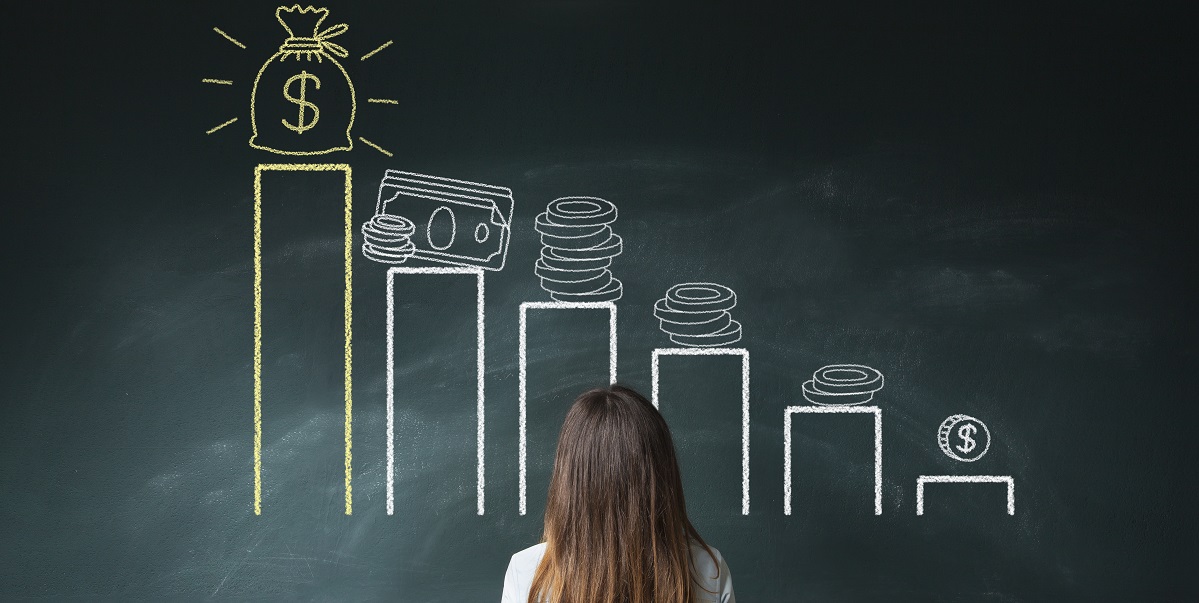 One of the central reasons VCs are supposedly less likely to invest in women is because they tend to start more ‘lifestyle’ businesses than high growth tech firms. At the moment, tech-businesses such as Monzo, Deliveroo and Graphcore are by far the most alluring to VCs and private investors, as they potentially offer the highest rewards. However, a recent report by the Entrepreneur’s Network indicates that female entrepreneurs generate 20% more revenue, with 50% less capital investment than their male counterparts.

Whilst on the Crowdcube team I met a female founder whose bootstrapped fashion business was turning over £2 million. She was looking for a relatively modest £250,000 to help her fully develop her e-commerce website. She sent me a detailed pack explaining exactly where every penny would go and how each £1 spent would produce a £10 return, based on data she’d already collected. Rarely am I sent anything quite so in depth by male entrepreneurs, who instead generally specify that they want funding to spend on generic marketing. It perhaps comes as no surprise then that only 23% of female entrepreneurs have seen a company go under, versus 34% of their male counterparts. At a time where markets are constantly fluctuating, thanks to Brexit and trade wars, backing a business which is more likely to offer a return seems like a wise choice.

Some also claim not to invest in female founders due to their limited connections to strategic partners and capital. Given that women occupy just 29% of board seats on FTSE 100 companies, it can be difficult for female entrepreneurs to connect with expert advisers, who are typically white older men raised in a generation where gender prejudice was rife. Although women may lack a degree of access to strategic decision makers, their wider network is often greater and has more value than they, or VCs, think. A study based on 450,000 crowdfunding campaigns globally revealed that female-founded businesses were 32% more successful in reaching their initial target. It’s well known that an engaged network is paramount to a successful crowdfunding campaign. In contrast to the male entrepreneurs, I’ve found that female founders typically downplay their often extensively engaged user base, and are somewhat surprised to see the financial backing from their network when the opportunity to invest is presented.

One female entrepreneur I spoke to recently worried that despite her 40,000 Instagram followers and 60,000-strong email database of clients, she wouldn’t see much investment from her network. She took the plunge to crowdfund regardless and meticulously mapped out her crowd, breaking each group down and presenting them the offer in a language they would engage with. Suffice to say, her campaign was a huge success and she overfunded by 60%. Women do have powerful networks, they just generally come in a different form to those of men.

It has also been suggested that investments into female entrepreneurs will always be higher risk because they are more likely to be ‘distracted’ by family life. With traditional biases still lingering in popular consciousness, VCs are meeting female founders already questioning: ‘What if she gets pregnant? Will she be able to dedicate enough time to the business if she does have small children?’ This is surprising given that just 17% of female entrepreneurs felt that balancing family life was a barrier to their success. Perhaps these women see having a family not as a problem, but in fact an added benefit. Data from the CEB indicates that workers that have a good ‘work-life balance’ are typically 21% more productive than those who don’t. The time away from the office helps prevent burn out, which can be far more costly than if the founder, male or female, leaves the office a little early each day to have dinner with their kids.

A female founding duo I heard speak at an event in London recently professed how spending time with their children after a long day filled with challenges and issues, often helped them to remember why they started the business in the first place. It enables them to go into the office the next day and fight the good fight yet again. Old fashioned views that an entrepreneur needs to be at the end of a phone to answer any minor concern of their investors are no longer relevant.

There are plenty of other reasons why VCs and other investors are investing less in female founders than their male counterparts. However, these three examples demonstrate that when it comes to female entrepreneurs, VCs seemingly far too often base decisions on outdated prejudices and not on data. Investors at Crowdcube are, from my conversations, increasingly aware of this data surrounding female entrepreneurship and are choosing to buck the trend. This is a step in the right direction, we just need a few more brave souls within the VC and angel world to do the same.