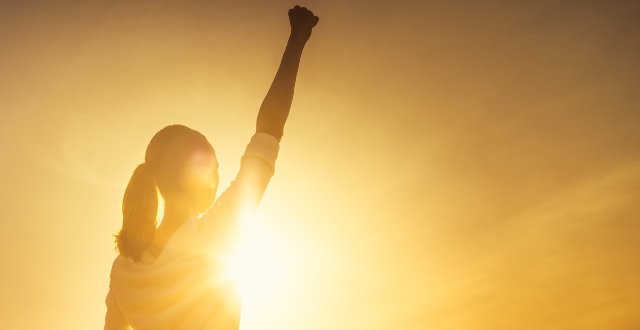 And yet while the power of positive thought is drummed into us from an early age, low confidence, negative experiences and labelling (your sibling or colleague is the creative one, so by reflection you’re not) can all too easily allow limiting beliefs to get in the way of onward growth and dream accomplishment.

The Little Engine That Could

What’s worse, negative beliefs are often a self-fulfilling prophecy. It’s inherently human to want to prove yourself right. That’s great when you’re in a can-do, positive frame of mind, but dangerous when you’re telling yourself, “I can’t”. Switching the thinking requires emotional intelligence, self-awareness, digging deep to open up blind spots and a recalibration of how you react in certain situations. Sound like a tall order? We show you how five empowering beliefs can turn your “cannots” into “can dos”.

If previous attempts at a difficult task have resulted in less than positive outcomes, resist the urge to let them define your future. This is something Sara Parsons sees time and time again during her presentation skills workshops. The vast majority of people who turn up are the ones who are already competent public speakers, and want to get even better. The ones who don’t show up are those who need it most – their skills gap is holding them back; they may even shy from promotional opportunities because the elevated role requires more presenting.

The way out of this vicious circle is to develop what Stanford Professor Carol Dweck calls a “growth mindset”. The opposite of a “fixed mindset”, in which you tell yourself that you are what you are and you can only do what you can do (“I’ve never been able to present so it’s pointless trying”), a growth mindset encourages you to see a journey to a more positive outcome (“If I practise; it’s inevitable I’ll get better”). By adopting the “my past does not equal my future” mantra, you won’t wake up tomorrow with all the skills of a master presenter, but you might just feel inspired to move away from a feeling of being stuck and towards a place of increased competence and development, willing to take the first step towards gaining those skills.

“People like me don’t network.” If you’ve been giving yourself this as a message as a means to avoid networking, then you probably know deep down that your excuse is likely to hamper your career progression in the long term.

Often what terrifies people about networking, says Sara, is the prospect of walking into a room and having to make endless small talk with a constant stream of complete strangers. And taking that approach is indeed likely to see you enter the panic zone – the state whereby you’re so far removed from your comfort zone that the only option is to flee right back to safety and swear off future events at all costs.

In order to tell yourself that you can handle whatever happens, you have to truly believe that, and that means taking baby steps, not giant strides, out of the comfort zone. Commit to stretching yourself just a little. This could mean taking a colleague along to the event with you and pledging to hold just one conversation with a stranger before leaving. By building resilience one small step at a time, you’re inching towards the stretch zone, which is where the magic happens.

3. “THERE IS NO FAILURE, ONLY FEEDBACK.”

Have you ever been surprised when someone suggested you apply for a role or go for an opportunity that you hadn’t considered for yourself? If so, you’re not alone. 87% of everywomanNetwork members have been in that position, with nearly two thirds of those finding themselves there more than once.

Once your mindset changes, everything on the outside will change with it.

Despite the confidence boost you might get from someone sponsoring you in this way, you might still find yourself thinking “I’ll never get that job” when a great opportunity arises. What’s generally behind such beliefs, says Sara, is a fear of failure. Often though, that failure is only perceived, and, clouded by that judgement, you neglect to see what you might gain from the experience. It might be a useful insight into a recruitment process which enables you to better prepare next time; an understanding of where you need to focus your development in order to rise to the challenge in future; the increased exposure that comes from showing hiring managers that you’re ambitious and want more. So the next time a scary prospect opens up, focus on what the journey might throw up, and less on the outcome.

4. “THERE ARE NO PROBLEMS, ONLY CHALLENGES.”

“I have to deal with this on my own” is a common response to those experiencing a workplace problem, either because they feel they shouldn’t burden another, or they’re afraid that by making someone else responsible for a solution, they’re demonstrating that they can’t real with it on their own. “Normally that’s not the case, and people are ready and willing to help,” says Sara.

Reaching out is easier when you dispense with the idea of problems, and see whatever’s going on as a challenge to be overcome. From there, it’s easier to adopt the mindset that the solution could benefit from the input of others. Whether you’re struggling with a difficult team member, wondering how you’ll meet a deadline or feel unsure which of several options to put into play, inviting a boss, colleague or mentor to contribute is the mark of a resourceful nature.

5. “IF WHAT I AM DOING ISN’T WORKING, I WILL TRY SOMETHING ELSE.”

Throughout your career, you’ll inevitably find yourself in situations where there really is no simple answer, for which no amount of planning or drawing on the help of others is likely to throw up a single, failsafe solution.

If at first you don't succeed, try, try again.

“It’s impossible,” you might tell yourself in that situation. “I can’t move forward. I have to find the right solution first.” Analysis paralysis follows; not only does the problem remain but inertia renders you powerless to move forward. In times like this, a big dose of courage is required, followed by a radical mindset switch. So what if you plump for an option that gets you right back at square one? You’ll have learned something along the way and be ready to tackle option two with dogged determination.