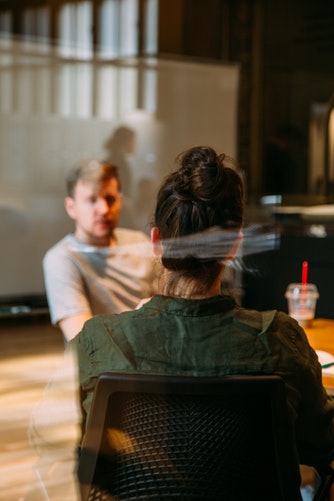 Your staff can make or break your business. We asked five highly skilled recruiters which questions will help you find the best people for the job.

Anne Watson, COO at recruitment specialists In Touch Networks, is a former headhunter who has interviewed thousands of people during a career that spans almost four decades. There are probably no ‘new’ interview questions left, she says, but there are certainly fresh ways to wrap up old ones so candidates aren’t reaching for stock answers.

“I wrote a book in 2008 about how to get a job, and when I looked at it again last night I realised how out of date it is,” she says. “Google’s changed everything. There are now so many resources online that people have researched all the answers to what were once perceived to be the ‘awkward’ questions.”

An interviewer’s goal, she says, is not to serve up what candidates are expecting but to throw them some curve balls instead. These don’t all have to be a Google-esque ‘How many golf balls can fit in a school bus?’ (although this can provide useful insight into how an interviewee thinks), but Watson sees no harm in giving candidates a slightly rough ride. As she points out: “It’s very easy to hire people and very hard to fire them, so recruiting should never be taken lightly.”

The ideal questions to ask will be differ for every business, but by using the following five as a starting point, you should receive more than textbook answers.

1. “Describe to me a time you’ve had to rescue yourself from a poor decision you’ve made, and a mistake you made along the way.”

Why this question works:

“It’s giving someone a double-whammy and it isn’t straightforward,” says Watson. “There are two things they’ve got to address, both of which are about failings, and it’s making them think on the spot. Who’s rehearsed for a question like that?” Watson says the aim here is to listen carefully to how the candidate responds and then try to imagine if they’d be a good fit within your organisation.

A similarly brutal question she proposes is: “Describe a situation of real conflict where there was no resolution, where you had one point of view and someone else had another.” If they’ve nothing to report, she suggests asking the interviewee to imagine being in such a scenario and to describe two or three techniques they have that would bring resolution without compromising. “You’re drowning them in a sea of words that scare them,” she says.

“Depending on their answer, it allows you to determine their priorities,” explains Paul Russell, founder of training company Luxury Academy, who has interviewed hundreds of candidates as a senior executive for some of the world’s top luxury brands.

“Some people say take a round-the-world trip, some say buy a house or a dream car, some say invest.” What he’s looking for, he says, are some clues about how the candidate’s mind works. “A few say they’d pay off their parents’ mortgage,” says Russell, “and those are the people who will generally get the job.”

3. “Talk me through a recent project you were involved in.”

This relatively unguided question allows for a complete change of pace. Tom Quayle, president at management consultancy The Chemistry Group, says candidates will naturally gravitate to the elements of the project they were most engaged in – which will be telling. “The role of the interviewer is to understand how they reacted when failure came along, how they engaged with others on the project, how they helped others on deadline nights and so on,” he says.

It’s a method, he adds, that helps identify the candidate’s natural behaviours – the ones they are likely to default to – and gives a glimpse into future performance.

4. “Would you rather know a lot about a little, or a little about a lot?”

This always gets people thinking, says Alison King, head of operations at independent consultancy Bespoke HR, because it’s a take on the old puzzler about whether you’d rather be a Jack of all trades or a specialist in your chosen field. “It’s not about catching people out – it’s just to gauge where the candidate’s skills and knowledge lie and how they approach work and tasks,” says King. She says this question can help you work out quite quickly if the candidate is a good match for the position you’re trying to fill – if you need a specialist, you’re probably looking for someone who would immediately choose to know a lot about a little.

But, says King: “Someone answering ‘a little about a lot’ can demonstrate versatility, openness and the ability to juggle projects.”

5. “Tell us about your personal compass. Where have you been? Where are you going? What can you offer? What do you need around you?”

“Finding out about a candidate’s individual personal compass is a fantastic way of digging a little bit deeper into their character and motivations,” says Catherine Stoneman, head of talent acquisition at tuition company Explore Learning. “This helps us find out if they’ll be happy doing the job.”

Unlike most interview questions, this one should be given to candidates in advance, so they’ll have free creative licence to present back in whatever way they wish. “We’ve had raps, ukulele singing, mystery boxes, all sorts,” says Stoneman. “Of course, there’s no right or wrong answer because everyone is unique, but the best answers are those from people who really take the question to heart, do some soul-searching and explore what they really think.”

Ultimately, she says, the question offers a peek into what makes a candidate tick, what support they’re likely to need and the environment in which you can see them thriving.