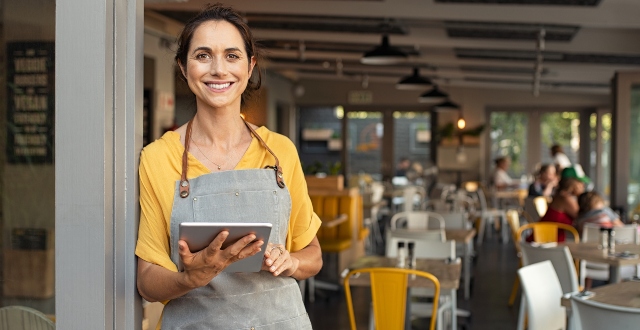 Does the thought of standing in front of a mirror reciting “I have limitless potential” make you cringe? You’re not alone, and yet here you are — curious enough about the reported power of positive self-affirmation to still be reading. With good reason — the body of research devoted to confirming that it’s more than just self-help wishy-washiness is vast and growing. And what those studies show us is that it’s possible to use affirmations in such a way that a) has the desired effect (i.e. makes you feel more confident, goal-smashing and all out successful), and b) doesn’t necessitate the passing of a bucket.

If you’ve ever told yourself ‘Come on, you’ve got this’ right before a difficult meeting, job interview or presentation, then you’re already practising positive self-affirmation. Affirmations are essentially statements we tell ourselves when we want to boost our self-esteem, control negative thoughts and emotions, enhance our skillsets, boost our motivation, and set and achieve goals. Evidence suggests it works, and the reason lies in neuroplasticity — your brain’s ability to adapt to circumstances. The long and short of it is that your brain can get mixed up between reality and imagination; by telling yourself that something is so, then so it becomes. But success lies in the method, and the worlds of cognitive science and psychology can help us out here, providing a framework for using positive self-affirmation in a way that drives results and feels good (read: nothing too corny; you don’t even need a mirror).

There’s plenty of research that shows that choosing the wrong mantra can actually backfire, and make people feel even less confident than they were before embarking on their relationship with self-affirmation. Research shows us that ‘truth’ is the difference between success and failure. Let’s say for example that you want to use a mantra to improve your public speaking. If you tell yourself “I’m a confident and charismatic speaker”, but you don’t actually believe those sentiments, you’re likely to prompt a whole load of thinking around how you’re neither confident nor charismatic. You’ll need to do some self-interrogation to find an authentic mantra. In this example, something like “I improve my public speaking skills with every presentation I give,” or ‘I genuinely care about the quality of my presentations and this comes across when I speak,” will be much more meaningful.

2. ALIGN AFFIRMATIONS WITH YOUR VALUES

In a study of predominantly women, participants were asked to rank their personal values from a pre-defined list, including things like ‘creativity’, ‘spontaneity’ and ‘independence’. They were then prompted to think self-affirming thoughts in regard to different scenarios relating to those values, while lying in a brain scanning machine. During self-affirming thoughts, scans showed marked activity in the areas of the brain known to be involved in expecting and receiving reward, leading researchers to conclude that self-affirmation is beneficial because it’s rewarding and pleasurable, reminding us of the things in life that truly matter to us, and therefore reinforcing self-worth.

The conclusion to draw here is that genuine self-affirmations must serve as a reminder of what you deeply believe in, reinforcing who you want to be and how you want to become her. So for instance, affirming ‘I am the highest achiever in my team’ is unlikely to make you feel good if you’re not a competitive person at heart. On the flip side, ‘I’m a good listener’ will have a positive effect if you truly value compassion, kindness and friendship. So rather than trying to convince yourself that you’re a creative dynamo when innovation isn’t one of your key drivers, start with thinking about what really matters to you in life, and find a positive statement that you can really buy into.

3. FOCUS ON THE FUTURE

In that same study mentioned under the values segment above, the researchers struck on another noteworthy detail — namely that brain activity was at its highest when the participant was focussing on their values in the context of a future scenario. Furthermore, those with the highest brain activity during future scenarios went on to perform better against their goals in coming months — specifically, the participants, all of whom were overweight and classed as inactive, who were in self-affirmation mode during the study and were then given positive health messages, went on to make lifestyle changes that resulted in them becoming more active over the longer term. The researchers concluded that successful self-affirmation focuses on desired future success (as opposed to recalling past successes).

In focussing on future success, it’s important to avoid getting caught up in creating affirmations that highlight unachievable end goals — particularly if you do not truly believe in your statement. Focus instead on progress and the journey you want to go on. Psychologists have found that self-affirmation that recognises that you are a ‘work in progress’ and that speaks of positive, realistic growth, is linked to more successful outcomes, and also less likely to backfire, leading to negative self-talk. To give an example, if you are focussed on winning a particular promotion, then telling yourself you’re the ‘Only person for the job’ might be counterproductive if there are other credible candidates. Telling yourself that you have done and will continue to do everything you can to give yourself the best chance of success, is much more likely to stick on both a cognitive and emotional level — and therefore more likely to carry you through.

5. SWITCH UP YOUR WORD ORDER

A scroll through Instagram will provide you with plenty of examples of positive self-affirmation. Most of these will fall into what psychologists call ‘declarative self-talk’, that is ‘I am’ statements. These can take the form of both positive or negative declarations — for example, before requesting a pay increase you might say to yourself ‘I am worthy of a higher salary’ (positive declarative self-talk) or ‘I am not worthy of a higher salary’ (negative declarative self-talk). The issue with both statements is that they leave you with nowhere to go, inviting no further thinking on the point. Studies indicate that it can be far more powerful to use ‘interrogative’ self-talk. In the example above, you’d simply switch your statement from ‘I am’ to ‘Am I?’ Asking yourself if you are worthy of a pay increase invites you to probe for answers, allowing you the possibility to access inner resources and creative thinking that can position you for success.

A twist on this concept was popularised in The Book of Afformations by Noah St. John. The idea here is that you question your affirmations with a ‘why?’ to turn them into ‘afformations’. ‘I am so happy and successful’ becomes ‘Why am I so happy and successful?’ By detailing the answers to that question, you highlight positive actions you’ve taken or can take, building yourself a manifesto for ongoing growth.

What numbers 1–5 essentially do is invite you to personalise your affirmation, so that is has meaning and resonance for your life, your needs, your goals. Take this one step further and make sure that the language you’re using feels authentic or inspiring for you. Use a thesaurus, and keep working on your affirmation until the words and phrases feel like they really belong to you or spark off positive feelings or lines of thoughtful inquiry. You might find it useful to work through this exercise with a mentor, or buddy up with a colleague or friend.