Ask the founder: 15 questions- Brought to you by NatWest 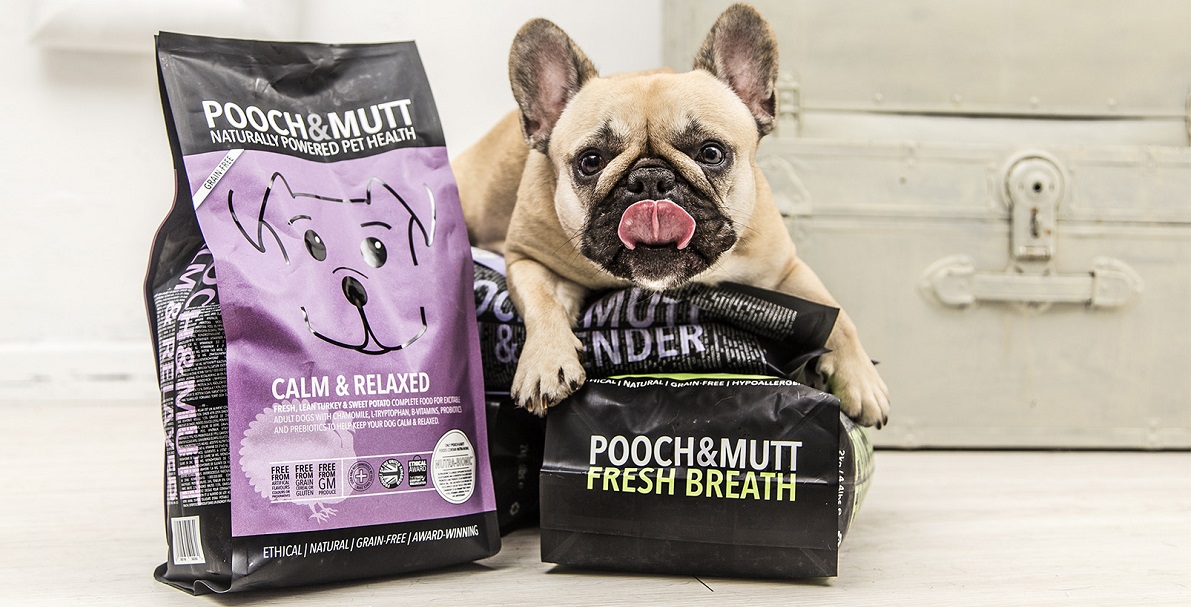 In our series of interviews with SME founders about their business journey so far, we speak to Guy Blaskey, the brains behind multi-award-winning pet food company Pooch & Mutt.

Since launching in 2008 with two supplements for dogs, Pooch & Mutt has expanded into the dog food market with a specific emphasis on healthy food designed to give our four-legged friends a happier, healthier life.

“Health food for dogs. There’s a saying: ‘Whatever we eat is either poison or medicine,’ meaning it’s either good for you or bad for you; we want to bring good stuff to dogs, and there’s a lot of junk in the market.”

How did the business come about?

“I was told by a vet in 2008 that the family dog, Cookie, would need a hip replacement within three years, and thought I would give her a joint supplement for horses made by my mum’s firm, Blue Chip Feed. It worked really well, so I worked with Blue Chip to come up with two new supplement products for dogs and launched Pooch & Mutt with those. Since then, we’ve developed into food for dogs, applying the principles of sports nutrition to dog food. And Cookie has still not needed her hip operation.”

When did you know your idea would work?

“I think people who think they’ve got one big idea are going to struggle. We’re about constantly bringing lots of new ideas and innovations to market, and one of the things we can do better than almost anyone is turn those ideas into reality very quickly. We found out how bad some dental chews are for dogs, for example, and we developed a new one that went from idea to shelves in just three months.”

Was the first year the toughest?

“No; 2016 was the toughest because we had a company that was very interested in buying us that could have really boosted our growth, but the deal fell apart.”

What’s changed since you launched?

“There’s been an awakening within all areas of fast-moving consumer goods generally, and people now want healthier products. There’s a huge distrust of big corporations. Look at Fever-Tree, who just got a £2bn valuation, and BrewDog and their £1bn valuation – they’re taking on the establishment and winning. Customers now know they can get more and they deserve better, and that’s what we’re here to provide.”

What would you do differently?

“Everything! One thing that a lot of people in my position get wrong is underestimating the importance of a good finance person. Understanding cash flow with a product-based business – where you can become very profitable on paper in terms of what supermarkets owe you as opposed to money in the bank – is something a lot of people don’t grasp very well, and I certainly didn’t. I’d also have liked to better understand investment opportunities like crowdfunding. If I was starting today, that would be something I’d look at.”

“I guess it’s the rebellious nature I have; this thought that customers deserve better. I don’t think there’s enough good-quality products getting to dogs and it’s damaging to them. We have information about competitors’ products that shows they contain some very harmful ingredients and there’s a bit of a driving force to change that. Our product isn’t the cheapest, but it’ll cost you less than the price of a cup of coffee a day to feed your dog and keep it healthy.”

“The best people to get help from aren’t those who’ve been mega-successful, but those who represent where you would want to be in a couple of years”

“It’s many-fold, but for me as the person who develops most of the products, when I meet a dog owner in the park and they’re carrying one of our products – that’s what success really looks like. A friend of mine emailed me a photo of our product on the shelf of a supermarket in Bermuda the other day. Seeing the brand out and about and having a life of its own is great.”

The best advice you’ve ever been given?

“It was something I read, a quote from Seneca that says if you don’t know to which port you’re heading, no wind is favourable, which means that if you don’t have goals to aim for and a plan to get there, you’re going nowhere.”

What’s been your proudest moment?

“There’s a long list – seeing our product in Waitrose, winning lots of awards – but my single proudest moment was crossing the finish line of the London Marathon in 2012. I’d been able to use my position to raise money for Hearing Dogs for Deaf People, but beyond that, it also taught me how to run a business. It taught me what business planning was, how you need mini-goals that you work towards. Right now, we want to be doing £21m turnover by 2021, and that’s achievable because of all the goals we intend to hit along the way.”

Your approach as a founder is best described by which three words?

“Amazon. Amazon is going to revolutionise how business is done, even more so than it’s doing today. We can place ads on the site where we can also sell our products and they will organise the delivery – and we can track what we spend and who buys what. That’s incredible. Amazon today is what Google AdWords was 10 years ago.”

“We’re about to do a huge launch of our food at Pets At Home, which is going to be a significant step for the business, and we’ve got new products coming out before the end of the year. We’re not short of ideas and ways to grow.”

“Ask for help. If you’re launching a business, get help early and don’t underestimate how much people are willing to share what they’ve learned. And the best people to get help from aren’t the people who have been mega-successful, but people who represent where you would want to be in a couple of years, because they understand the journey you’re about to go through.”