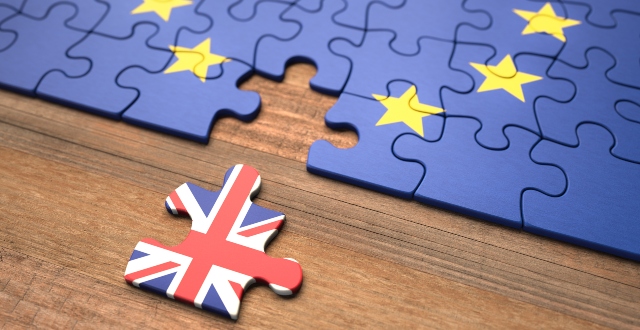 How have businesses adapted to the realities of Brexit? We talk to companies across the UK who share their experiences on building and strengthening resilience in the new UK-EU trading environment.

For some, it may feel like Brexit has been around for ever. But it officially began on 1 January 2021.

We talk to companies from Scotland, Wales, England and Northern Ireland – which is still in the EU’s single market for goods and applying EU customs rules at its ports under the NI Protocol – to see how they are faring.

“Our Brexit solution has become a USP”

Donny Carstairs is owner and director of the Just Slate Company based in Kirkcaldy, Scotland. It supplies Scottish-made homeware products to department stores and retailers in the UK and Europe.

“It hadn’t really occurred to us that our European customers would be responsible for paying VAT for goods coming into their borders. Prior to that, we had used DDP (Delivered Duty Paid) terms, which meant we covered VAT and customs duty for them.

“We deliver to a lot of small ‘Ma and Pa’ independent shops, who we feared would struggle with the hassle of clearing goods through customs, prepaying VAT and then reclaiming it. Indeed, we’ve lost orders from three French customers.

“We are trying to shift the onus back on us. After discussions with accountants in Edinburgh and Paris we have decided to set up VAT representation in Germany and France.

“We are working with a new courier that is setting up local Reverse Charge VAT accounts, which means when we ship a consignment to a customer, and it clears customs, we are billed for the duty and VAT. It costs €2,000 (£1,700) for each country to set this up and we must do a monthly VAT paperwork transaction with the tax authorities.

“We see opportunities ahead as there is still a passion for UK-made goods. Perhaps we could use a huge ‘Don’t Worry About The VAT’ marketing banner at trade shows! Our Brexit solution has become a USP.”

Adam Ewart is founder and CEO of SendMyBag – a luggage courier and delivery service based in Bangor, Northern Ireland.

“We suspended our service in the first three weeks of January between the UK and Europe, hoping that this would give everyone time to get accustomed to the rules.

“However, we have found huge confusion remains. Couriers and customs do not understand the new paperwork needed around things such as personal effects and food. It’s led to severe delays at ports. Every day we get calls from customs and drivers in Spain, France, Italy and the UK requesting documents from us which are not required.

“They particularly don’t understand the NI Protocol. For the purpose of the movement of goods we are still in the single market and therefore don’t need packing list documentation.

“Every day, we are also explaining the new rules to customers, such as declaring personal effects and not being able to send stuff like cosmetics and food such as chocolate.

“We’ve adapted by updating our IT systems, automating software to handle customs and courier requests to save workload. Our team of developers have also created digital shipping forms to help make the process easier for customers.

“We’ve recognised that customers want to speak to us more than before and have created nine new customer service jobs.

“Despite the challenges, our volumes are up this year compared with 2020. We have a lot of global growth going on.”

“We are now using bigger couriers who are more adept with customs clearance and commodity codes. We are seeing better throughput”Paul Fielden, co-founder, Swyft

Paul Fielden is co-founder of London-based Swyft – a start-up sofa-box company with a manufacturing facility near Porto, Portugal.

“We design the sofas in London, make them in Portugal and sell them exclusively in the UK. We run a vertically integrated, just-in-time model and the port disruption has been significant.

“We anticipated some of the issues coming from Portugal to the UK, but we didn’t factor in the delays of UK suppliers sending raw materials out there.

“The documents you need for clearance have continually changed over the first quarter. So, one week we will be shipping and clear the goods and the next week the same paperwork isn’t correct.

“We are seeing delays of about two weeks in getting products out of the UK and our road freight costs have gone up by about 40%. But we have no alternative. The bespoke materials such as foam can only be bought in the UK.

“We moved to sea freight as an alternative but were also hit by port and shipping delays. So we’ve gone back to road freight. But we are now using bigger couriers who are more adept with customs clearance and commodity codes. We are seeing better throughput.

“We have kept our JIT model, adjusted lead times and increased stocks of raw materials to help our agility.

“Trading-wise, we have had a strong quarter. We are seeing a lot of demand and have ramped up capacity in the Portugal factory.

“There’s been no change in the number of people wanting to work for us from local colleges even though we have left the EU. There is a great skillset there and we see no need to open a factory in the UK instead. The logistics will sort themselves out.”

Sally Stephenson is director of The Pencil Case, a retailer selling school uniforms and stationery in Cowbridge, Vale of Glamorgan.

“I saw what was coming and spent around £17,000 before Christmas bringing in stock. We have enough to keep us going for up to six months. In fact, with the shop being shut in lockdown, I’ve now got it coming out of my ears! As a result, we haven’t had to import anything from Europe.

“Before Brexit we had a system where our German, Italian and French suppliers had UK teams. I would order from an account manager based in Newport, they would send it on to, say, Germany where they would invoice it, process it and then dispatch straight to my shop.

“I’m not clear whether that will continue. If it does, we will just have to deal with customs duty or if they go and build a UK warehouse that will be an extra cost as well.

“The biggest challenge we’ve had so far is paying an invoice to an EU supplier after Christmas. When I went to pay, I found out that they had closed their UK bank account because of Brexit.

“I tried to send the payment to their bank account, but I wasn’t set up to pay internationally. The bank manager said I could pay a monthly fee to have international payments put on my account or pay a one-off fee to transfer it worth £35. I said no to both.

“In the end the German supplier set up a PayPal account for the invoice to be paid. It does all feel unnecessarily bureaucratic.”

“We’ve won more clients, but the real problems are recruitment and retention”

Richard Stone is managing director of Stone Junction PR agency based in Stafford.

“So far the first 100 days of Brexit haven’t been as damaging as I expected. We’ve won more clients in the EU, outside the EU, and the UK.

“We’ve had small issues, [like] not being able to send a laptop to somebody working in Holland either easily or cost effectively.

“It’s been straightforward, although we do only export intellectual property. However, nearly all our clients export product and we aren’t hearing reports of them losing business.

“The real problems are recruitment and retention. We lost good people who were EU citizens and we now find it much harder to recruit native speakers of EU languages. We’re tackling this by opening sales offices in Germany and Holland.”

According to the Information Commissioner’s Office (ICO), as part of the new trade deal, the EU agreed to delay data transfer restrictions until 30 June 2021 (known as the bridge). This enables personal data to flow freely from the European Economic Area (EEA) to the UK until either adequacy decisions are adopted, or the bridge ends.

In February, the European Commission published draft UK adequacy decisions; if these decisions are secured by the end of the transition period this will allow for the free flow of personal data to the UK from the EU to continue uninterrupted.

The ICO recommends that you put alternative safeguards in place before 30 April 2021 if you receive personal data from the EEA, if you haven’t done so already. For more information, visit ICO.org.uk.