Dream Bigger: inspiring young entrepreneurs - Brought to you by NatWest 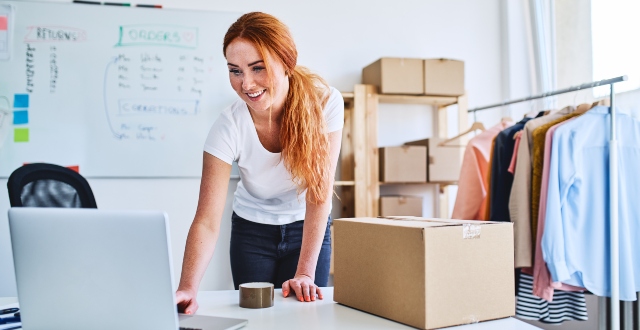 Now, more than ever, the UK needs a new wave of exciting businesses to kickstart our economy. So how can we inspire the next generation to take the leap into entrepreneurship?

The UK is the start-up capital of Europe, attracting more venture capital than any other European country – yet only 5.6% of UK women run their own business. At a time when the world economy is struggling to recover from the impact of coronavirus, the £250bn that boosting female entrepreneurship could add to the UK economy – according to the Rose Review – should be put at the top of the agenda.

Developing the next generation of entrepreneurs

One of the recommendations of the Alison Rose Review of Female Entrepreneurship was to accelerate the roll-out of entrepreneurship-related courses to schools and colleges to inspire more young women to think about this career path. In response, NatWest founded Dream Bigger, a fully funded programme of live and digital sessions aimed at developing transferable entrepreneurial skills in 16- to 18-year-olds, primarily aimed at girls and young women, but inclusive of all young people.

“Dream Bigger aims to bridge a gap between education and industry by helping young people to understand what entrepreneurship really is,” says Leonie Quinn, head of entrepreneurship education at the bank. “The programme helps young people to develop key entrepreneurial traits and behaviours such as resilience, creativity, innovation and leadership. We also cover essential skills such as pitching; we want them to be prepared for the time when they will need to ask someone to invest in them. What we are looking for in these young people is a shift in mindset to display those entrepreneurial traits and behaviours, and, ultimately, to ignite in them a desire to come up with a business idea.”

Preparing young people for the challenges ahead

The programme is supported by a number of successful female entrepreneurs, including Mandy Powell, who gave up a corporate career to co-found luxury lifestyle and toiletries brand The Goodwash Company. Speaking at a recent round table at the Royal Welsh Show, she had some sound advice for aspiring young entrepreneurs.

“Setting up a business means taking risks, including financial risks, so you have to believe in yourself,” she said. “Not everybody else will see what you are trying to achieve, especially if nobody’s ever done it before, but with an entrepreneurial mindset you can visualise something that’s not already there and bring people with you on that journey.”

Powell also spoke about the essential skills for entrepreneurs, many of them life skills. As a former international hockey and touch rugby player, she learned some lessons that applied in business as much in sport. “Sport is where you learn how to win and how to lose, and to take feedback positively as a way to improve,” she said.

“Young people worry about the risks of starting a business, and it is definitely not for the faint-hearted – but it’s worth it when you have a purpose and all your hard work pays off”Mandy Barker, founder, Sail Creative

One of the key themes of Dream Bigger is the need to understand the purpose of your ideas, and in the current global crisis, purpose has become more important than ever. “You can set up a business because you want to make money; that’s your purpose and that’s fine,” said Powell. “But the world is changing and there is a huge wave building, where people, animals, the planet are now the purpose, and that is where the future is.”

She pulled no punches on the challenges of being an entrepreneur. “If you don’t know how to do something, you have to learn,” she said. “If you drop the ball, you just pick it back up. Get used to being uncomfortable; it’s the norm. You don’t know what’s coming next, you’re juggling lots of balls, but have confidence in your ability to deal with it. If you’re not going to give it a go, who will?”

What importance do role models play?

Another barrier to entrepreneurship for young people, particularly young women, is a lack of entrepreneurial role models who they can relate to. Quinn says: “Asked who their role models are, they will often choose members of their close family, which demonstrates a very narrow sphere of influence.”

Mandy Barker, founder of design agency Sail Creative, contributes to the Dream Bigger sessions as an entrepreneurial role model. She left school at 16 and worked in a number of different jobs before taking time out to go travelling. This sparked her interest in photography and eventually set her on her own path to becoming an entrepreneur.

She says: “At 16 I had no insight into this world, not from school, nor from my immediate family. At 23, whilst travelling, I met people who opened my eyes to the opportunities and influenced and motivated me, so at 24 I went to university to study design. After graduating and spending four years working in a design agency, I knew that I wanted my own agency where I could do work that was meaningful and purposeful to me.”

Being able to share her experiences as an entrepreneur with others via Dream Bigger makes the programme hugely valuable. She says: “Young people worry about the risks of starting a business, and it is definitely not for the faint-hearted; for example, not being able to pay yourself properly for three years is tough – but it’s worth it when you have a purpose and all your hard work pays off. I want my story to help young people, especially girls, feel more confident and have that belief in themselves that they can do it.”

Many are predicting the imminent dawn of a new age of entrepreneurship, with the disruption to education and business caused by the pandemic and the threat of climate change prompting a surge in young people wanting to start a business that will help solve the problems of the world.

“Industry needs to play a bigger part in improving entrepreneur education in the UK, with minimum standards of entrepreneurial learning that translate into GCSE, A-level or a higher equivalent,” says Quinn. “This will give everyone, including women, the access and the narrative at a much earlier stage in life, and the confidence to think about entrepreneurship as a career.”