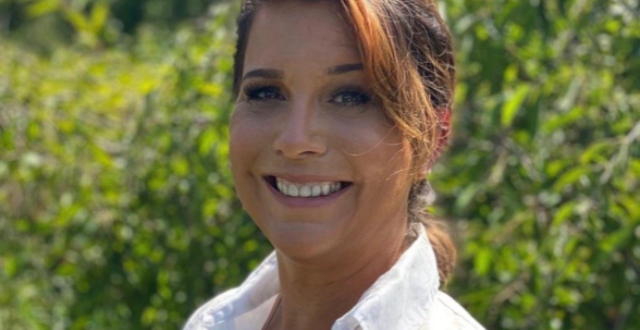 Chief of Staff at SUSE, Emma Mulqueeny OBE was the co-founder of Rewired State which provided events for technically-gifted young people. She discusses the many iterations of her career, and the power of an entrepreneurial mindset in a fast-developing sector that is rarely linear.

Chief of Staff at SUSE, Emma Mulqueeny OBE, is best known for co-founding Rewired State and Young Rewired State, organisations which provided a community and events for technically-gifted young people. Her wide-ranging portfolio career has also seen her campaign for programming to be taught from an early age in UK schools to encourage increased diversity in the tech sector. She discusses the many iterations of her career, how no experience is wasted, and the power of an entrepreneurial mindset in a fast-developing sector that is rarely linear

For anybody in technology who isn't actually a programmer it can be difficult to put your finger on the ‘one thing’ that you do.

I've been laughing recently about how ridiculous my CV looks. But I still believe that most technology roles require an entrepreneurial approach. Everybody needs to be brave and challenge themselves to go out of their comfort zone and work in an area of technology they might not be comfortable with. That doesn't necessarily mean going from ‘marketing’ to ‘sales’, but the challenge is to take a step back and see if you can find a new lens which you can use to look at the work that you're doing at the moment. Trying a different sector can give you a completely different view on things.

Being born in the ‘70s, we really believed in a technological future of flying cars and robot servants

My father is a mathematician and computer scientist, so I grew up in a deeply geeky household, where we did a lot of maths for fun. I also got to play with lots of computers and games as soon as they came out. My brother went into technology and computers but I went into translating ‘geek’ into human. I loved reading and writing, and I was good at spelling, which meant when the internet revolution happened in the 90s, and everybody had to have a website I quickly found myself in a lucrative career turning offline copy into online copy.

Ultimately, online content is about how you communicate with people and how that changes behaviour.

Early in the tech revolution there wasn’t a lot of thought around this and people were plonking offline marketing copy onto their websites, which didn't work. I had an early job translating parliamentary tomes into something that would be accurate and read well online as well as be legally accurate — and by the time I got to the end of that, I had, in a roundabout way, become one of the few people who seemed to understand digital engagement strategy. I ended up working at the Cabinet Office on its digital transformation strategy with some brilliant people — but we were all kind of making it up at the time. Everybody brought their specialism to the table and we moulded that into a single train of thought around how one might operate a democracy in a digital age.

I started really pushing the value of open data while at the Home Office,

highlighting the limitations and concerns around it; how much of it you can really share, and how much you will have to protect. Understanding how you can build those kinds of walls and still have the internet still work in the way that Tim Berner-Lee wanted it to was a challenge. I ended up having many conversations in pubs with very smart developers, then rewriting those to relay to government. That quickly turned into a business where we ran hack days in the late noughties, bringing together ministers and scraping data from government to show what we were talking about and bring it all to life.

It also allowed me to build Rewired State, a not-for-profit for young coders.

There's always one person trying to hack into the dinner menu or their mates’ grades and causing mayhem but being utterly brilliant at the same time. Giving these young coders things to focus on, open data to play with and challenges led to the festival of code. There they could all mess around with each other, work together and learn from each other — and many are still friends to this day. At the same time, I was also lobbying government to make sure that the right skills were being taught in technology, which earned me an OBE.

Rewired State had ended, and although the strategy jobs were still there, they were now around really detailed stuff on ways to actually move old analogue ways of working into the digital age. In the health service for example, that was a huge challenge with hundreds of brilliant people trying to try to solve all of those small problems around how to deliver and roll out the strategy, which is where we're at now with Covid — and the pandemic has just sped that process up.

With education, it's about how you talk to people rather than what technology you're using

I joined the Department of Education just before COVID hit to look specifically at this problem of analogue to digital, and stayed there longer than I had planned to get over the first hurdle of remote teaching in the pandemic. I’d already made a plan to ‘get a real job’ for the ‘Q3’ of my career, but I still had the problem of my CV. It showed I could do lots of things — but I didn't know which one was really ‘my thing’. A great friend and mentor, Melissa Di Donato, CEO of SUSE gave me some of her time and spoke to me about being a Chief of Staff. She described how this kind of role requires you to have a bunch of skills that enable you to jump into problems and not be scared and then quickly find solutions. That sounded right up my street — and that’s how I ended up in the role that I'm in at the moment. I am thoroughly enjoying myself, [and] it has also given me an opportunity to turn back and look at what I’ve done. And, importantly, to take advantage of all the skills and experience I've developed over the years.