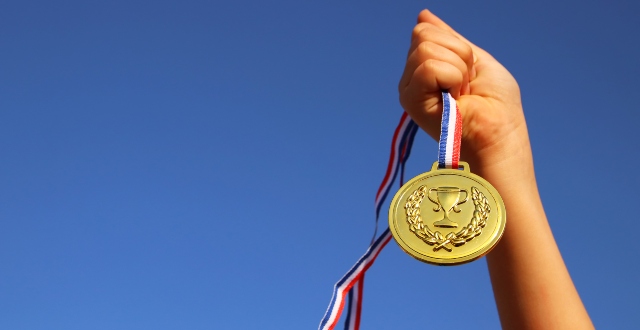 New research from University College, London (UCL) suggests that women’s careers could be getting held back due to their perception of competition.

The research, from the UCL School of Management and London Business School and published in the journal Motivation and Emotion, shows that women could be less likely than men to go for opportunities in competitive workplaces because they simply don’t see the upside in competition. Women are on average less competitive than men and the UCL researchers have revealed that a difference in beliefs about competition is one of the key factors.

Women are supposedly less likely to believe that competition improves performance, builds character and leads to creative problem-solving. This means that well-qualified women could be opting out of crucial career opportunities and, perhaps worse, performing badly in competitions thanks to the idea of ‘expectation shaping outcomes’. So, is it time you rethink competition? Here are five places to start:

You don’t have to tread on your best friend’s toes to get ahead. Foster your competitive drive with a few personal bests. Research has shown that there are no gender differences when competing with yourself so why not set some self-beating challenges or some simple goal-setting exercises to get into a winning mindset.

2. LOOK AT THE BENEFITS/TURN THE NEGATIVES INTO POSITIVES

Reframe to yourself (and others, if you need to) what being competitive means. It isn’t about being confrontational or putting someone else down, being competitive is about encouraging everyone else to be the best they can be and raising standards across the board. Dr Sun Young-Lee says, ‘One thing we have found is that men see the downsides of competition just as much as women but they also focus on the positives more.’ She adds, ’When women see the downsides of something they tend to become conservative about it, even if there are positive consequences. I would encourage any individuals who think like this to break those habits and focus on the bright side.’

Perhaps you’re plagued with feelings of envy or jealousy. These can be uncomfortable emotions but can be easily renosed as competitive traits. Jealous of your colleague’s promotion? Turn those feelings into a drive to get more training or improve on your own sales figures instead of seething across the corridor. This could be as simple as engaging in adult competition outside of work. ‘We know that female kids tend to spend a lot of time in a non-competitive environment and boys grow up playing through competition and this is how they develop more flexible thinking around it,’ says Dr Young-Lee. In the absence of changing this early socialisation, she adds, ‘some adult team sports could encourage different thinking. One key solution to gender differences in beliefs about competition is for higher educational institutions or companies to organise team sports or mock competitions among students/employees.’

4. DON’T FOCUS ON JUST ONE THING

5. THINK OF THE BIGGER PICTURE

However, every time you bag a big win, you’re presenting a role model for your colleagues, your family and future generations. By pursuing opportunities you know you’re worthy of, you’re showing others they are worthy too, plus you’re giving your family the chance to benefit from your increased salary. Says Dr Young-Lee, ‘The research suggests that women are better at multitasking and seeing things from a different perspective so women can also train themselves to look at the wider picture of competition being good for innovation, which in turn can benefit society.’