GEM: facing the future of entrepreneurialism - Brought to you by NatWest 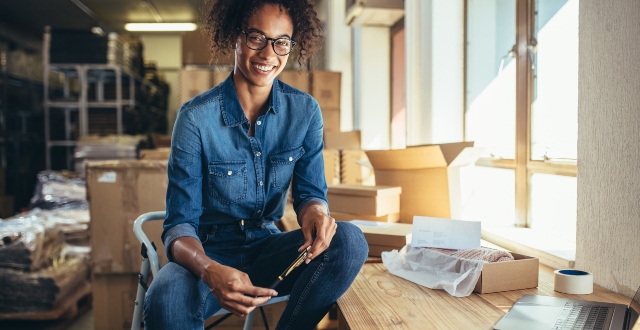 The latest study of entrepreneurial attitudes in the UK, sponsored by NatWest, shows that the UK’s start-up culture was on the right track ahead of the coronavirus crisis. But what impact will the pandemic have on the entrepreneurs of the future?

The coronavirus crisis has had a dramatic impact on the UK’s start-up culture – but the nation’s entrepreneurs could be well placed to help the country recover from the pandemic and return to growth.

Findings from the latest edition of the annual Global Entrepreneurship Monitor (GEM) highlight the UK’s leading international position in terms of its start-up ecosystem. The 2019/20 Global Report shows that the UK remains an excellent place to set up a new company: around 82% of working-age adults think it is “easy to start a business” here, the fourth-highest proportion among the 54 global economies surveyed in the research and behind only the Netherlands, Norway and Poland.

The Global Report showed the UK’s performance was also ahead of the global average when it comes to factors such as entrepreneurial finance (where it ranks 10th out of 54) and the adequacy of government policies and taxes relating to the formation of new companies (where it ranks 12th).

Meanwhile, the 2019 UK Global Entrepreneurship Monitor report, which is sponsored by NatWest, revealed some particularly encouraging trends, according to Mark Hart, one of the report’s co-authors and professor of small business and entrepreneurship at Aston Business School.

“The headline was the increase in the level of early-stage entrepreneurial activity in the UK,” he says. “This reached one of its highest levels in the post-financial crisis period. It is significantly higher than Germany and France, but lagging behind the US.”

The report found that total early-stage entrepreneurial activity, or TEA – the proportion of the working age population with businesses up to 42 months old – reached 9.9% in the UK last year, up from 7.9% in 2018, and significantly ahead of the 7.6% rate in Germany.

Hart points out, however, that a lot of the overall increase in entrepreneurial activity last year was in “low-aspiration entrepreneurship”. “By this I mean that there is not much ambition in terms of growth,” he explains. “The UK economy was slowing down in 2019 and I think a lot of people were taking the opportunity to look after their own financial independence. They were coming out of employment at businesses that weren’t performing very well, possibly due to a lack of investment, and setting up on their own.”

However, Hart says that the increased female participation in entrepreneurship bodes well for the future health of the UK economy, though existing issues such as access to finance continue to affect growth opportunities for female entrepreneurs. “When you control for issues such as start-up capital, women are just as likely to be as ambitious as men. Research indicates that women tend to be more steady and conservative – but they are just as likely to grow businesses.”

In 2019 there was also an increase in the proportion of the UK working-age population who are either running their own business or planning to do so in the next three years: this has risen to around a quarter from the previous long-run rate of 16%.

The big question now for researchers is to assess the impact of the pandemic on entrepreneurialism in the UK and around the world.

According to Hart, “recent data suggests that people are abandoning self-employment” – he points to concerns that, while employers have been able to access state subsidies to keep staff, the same broad level of support may not have been made available to the self-employed and freelancers. Recent increases in entrepreneurial activity among immigrants and those of minority ethnic backgrounds could also be affected as a result of the disproportionately large impact the coronavirus is reportedly having on these communities.

“Somebody has to create the employment opportunities for the next generation as business models fail and the world moves on, so why can’t that be you?”Kim Brookes, founder, Perfino

As Britain emerges from the pandemic, however, entrepreneurs are likely to have a number of advantages over larger businesses, Hart says. “Start-ups are small and they can change their business model overnight,” he points out. “Entrepreneurs will realise that they don’t have to operate in the way they did in 2019: they don’t need physical premises, for example, and they will think about how they can change their channels to market. This is going to lead to lower overheads, increased margins, and greater sustainability and growth.”

For founders that have launched businesses during the pandemic, an opportunities mindset could well be a by-product of a year when all business owners have had to think on their feet. Keiran Hewkin, founder of online furniture retailer Swyft, which was set up early in 2020, stresses that there are still going to be excellent opportunities for entrepreneurs.

“You should of course be mindful of macro trends – but don’t be scared by them,” he says. “There is uncertainty around, but it should not stop you starting. And these times can also give entrepreneurs the opportunity to think about how their business can adapt and future-proof itself.”

Kim Brookes, founder of new jewellery brand Perfino, adds: “Some of the biggest businesses on the planet were launched in hard times or recessions, Apple being the prime example. A good idea is always a good idea, even if the route to market changes or the purchasing power of customers changes.

“Somebody has to create the employment opportunities for the next generation as business models fail and the world moves on, so why can’t that be you?”

Thwaite adds that NatWest’s support for entrepreneurs in starting and scaling businesses is vital for the sustainable growth of the UK economy: “We know that if entrepreneurs do well, the economy benefits, and our communities will be better placed to face the demands of the new challenges we are facing.”