Having her cake and eating it 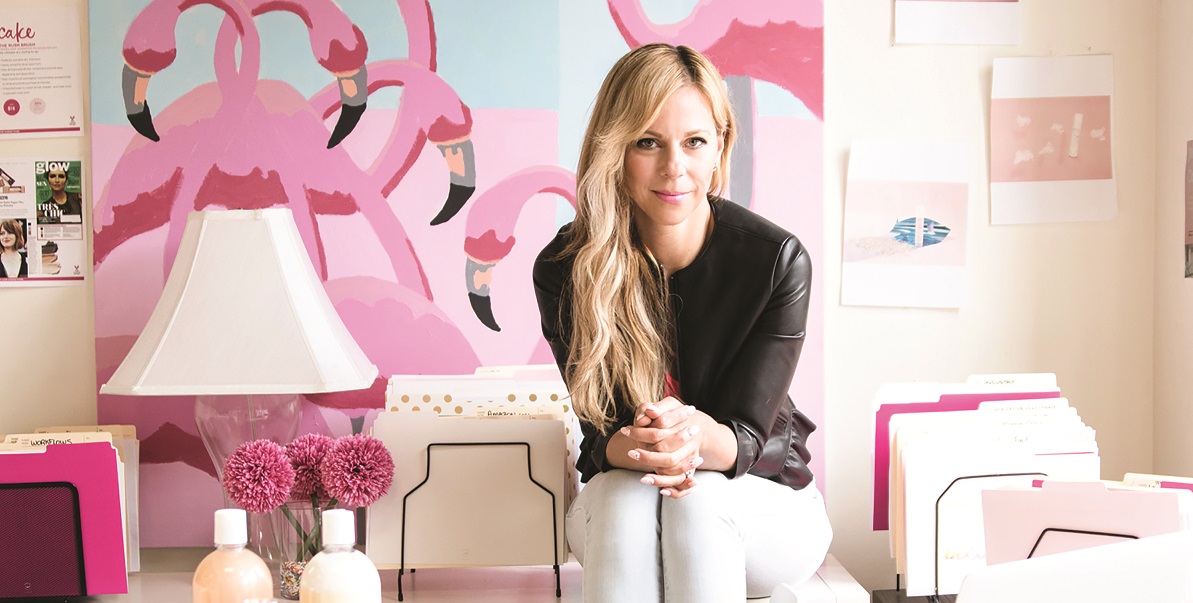 Cake Beauty is the 100% vegan, natural and cruelty-free beauty brand that’s tied up in a playful, girly bow. A cult hit with Millennials and celebrities such as Kate Hudson, Rihanna and Kristen Bell, it’s garnered acclaim among consumers, editors and influencers, enjoyed double-digit online growth – and recently launched everywhere from Mexico to Turkey and Russia.

Sixteen years after it was first conceived, and a year after it launched in the US, it’s finally coming to the UK via 290 branches of Boots, carrying such items as The ‘Do Gooder dry shampoo, The Thick Trick styling foam and The Gloss Boss styling oil, and under its acquirer MAV Beauty Brands, looks set to be just as much of a smash on this side of the Atlantic. According to The NPD Group, vegan beauty product sales in the UK grew 38% from 2017-18. Cake Beauty’s time has come.

So it’s ironic that Reier never actually wanted to be in the beauty business. After graduating from the University of Western Ontario, she initially worked for casual wear brand Roots Canada, before hitting on her bright idea. In her hometown of Kitchener, Ontario, she’d regularly visit farmers’ markets, but the shea and cocoa butter she’d buy were beige, boring, smelt like patchouli, and usually came in austere mason jars. Reier longed for something natural, cruelty-free and vegan – but that also satisfied her need for ‘girlie indulgence’. She soon realised she’d have to make it herself.

While holding down another full-time job, at evenings and weekends during 2003 she began making batches in her own kitchen: ‘I researched a great deal on the internet about different ingredients,’ she told Entrepreneur Girl, ‘and then began to mix them together and test them on family and friends – a brave and supportive bunch!’ The name ‘Cake’ came out of this process, as it reminded her of baking (her body scrub was brown sugar, after all). Plus, the concept was all about ‘having your cake and eating it’ too.

To begin with, it was a messy and splattery business, with lots of trial and error. Often the results wouldn’t smell or feel great. But after mastering the recipes (her first was the ‘Desserted Island Supreme Body Mousse’), she secured a 500-square-foot space and started up a little assembly line. Friends and family chipped in, packing boxes, and her dad got her a label maker. And while it was a fun little cottage industry, Reier didn’t want it to be a hobby business – she wanted it to have scale. Having realised her skillset didn’t naturally lie behind a blender she outsourced the manufacturing and worked closely with a chemist to replicate the formulas she loved from her kitchen days.

Within that first year she’d shipped out packages to retailers and the press, and got amazing response: over 40 magazines featured the collection, which were soon selling in stores. Part of her strategy, she says, was to spin Cake’s origin story in a way that made it likeable (‘people love stories’). In 2018, Canada's largest independent haircare brand, Marc Anthony Cosmetics, acquired the company, and the same year Cake Beauty became part of the MAV Beauty Brands family.

‘MAV is an interesting animal,’ Reier told Business Rockstars. “Their whole platform is very entrepreneurial. They really embrace and support founder-led brands and they see the magic in that. As the founder, it’s been fantastic to have access to a really robust infrastructure and a global sales team, while I continue to innovate and lead the brand and marketing strategy.” As she told Entrepreneur Girl, ‘Branding is absolutely paramount to our success. It’s what people recognise you for, what attracts attention, builds confidence, reaches out to new customers and keeps existing customers coming back to you. Cake is a successful brand today because I am clear about who our customer is, what they want, and how to ensure that new products will meet their needs.’

There’s no typical working day, she says. One day she might be personally testing a new product at Cake’s Toronto HQ; another, working on sales or developing creative strategies. ‘I always say I wear two hats, my entrepreneurial, beauty junkie hat and my CEO numbers hat,’ she says. ‘Both are essential to running a successful business.’ As a working mum, she says she’s accomplished more since having her two boys. ‘I’m one of those people who gets off on crazy,’ she told LoveMom. ‘I am in my best zone when I am balancing spreadsheets, offering creative direction, keeping on top of school work and sports, planning get-togethers and baking granola bars.’

Building relationships and maintaining good relationship was key to Cake’s success, she says. And for entrepreneurs, she offers several tips: first off, as she told Entrepreneur Girl, ‘Ensure you have a great deal of passion for your products or idea. Surround yourself with good people who are generous with their knowledge and skills and don’t be dissuaded by people who aren’t supportive at first.’ Further, ‘make sure you tap into your resilience,’ as she told Business Rockstars, ‘to see you through the ups and downs – because there’s going to be plenty of both. And when you are down, get up right away. Also stay even-keeled and don’t rest on your laurels.’ For Reier, it’s really all about the vision. ‘Anyone can create a goal, but it’s really important to create a vision. Because you’ll be able to visualise, feel, taste and see what this end result is going to be and it’ll help through every step of the way.’