How to: shoot your own video content - Brought to you by NatWest 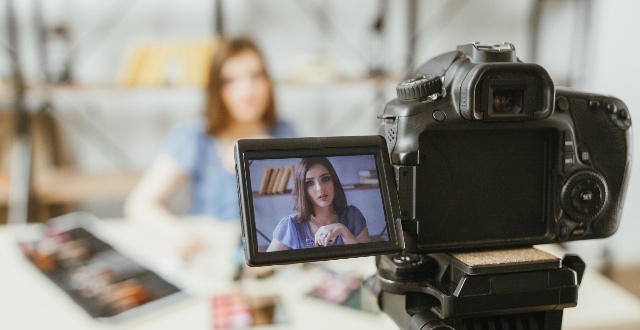 From product launches to how-to guides, the right video can reach remote audiences and make a lasting impact.

Whether it’s a silly cat video or an informative tutorial, most of us watch some form of video content every week. Viewers of online content (those who watch an hour or more each week) now spend a weekly average of six hours and 48 minutes watching videos – a 59% increase compared with 2016, according to network provider Limelight. And with coronavirus putting an emphasis on remote ways to connect, video content has become more prevalent than ever.

It’s not all funny memes and cooking guides, either. Data from software giants HubSpot shows that more than half (54%) of consumers want to see video content from the brands or businesses they support, indicating a genuine appetite for sponsored video.

But while we all may have become more used to watching amateur footage in recent months, businesses looking to include video in their marketing output should still be aiming for a professional look. To find out more about shooting video without breaking the bank, we speak to the industry’s top film-makers and software experts to bring you the essentials dos and don’ts.

“Always start with the idea, which should be something simple that stays true to your brand – don’t try to be something you’re not,” says Sara Wallace, executive producer at award-winning production company Smuggler. “Ask yourself: what sets my product apart from someone else’s? Think about that USP and how you can turn it into an idea that is a truth.”

Less is more; rather than dreaming up several messages that risk getting confused, stick to one clear message and develop that into something interesting. “Don’t try anything too elaborate as you may not be able to pull it off. Focus on one idea and put an interesting spin on it.”

Film-maker Ronan Pollock shoots documentaries for Vice TV and Channel 4, as well as behind-the-scenes films of John Lewis’s popular adverts. Like Wallace, he believes authenticity is key to a good video. “Whatever you’re shooting, you’re telling a story – and you have to believe in that story. People can tell if something’s been made without any real care for the subject.” Even if you’re filming a simple product demonstration video, make sure your enthusiasm for the subject – and the product – shines through.

Match your format to your platforms

Chances are your video won’t work across all platforms, so think about where you want to broadcast it. “For example, if you’re planning to publish it on Instagram, you’ll need to think about the framing and include subtitles, as most people don’t listen to audio on Instagram,” says Wallace.

Equally, while content filmed in portrait is suitable for platforms such as Instagram that are chiefly viewed via smartphone, content you’ll be featuring on your company’s website or via a YouTube channel, for example, is best filmed in landscape, as this is the format in which the majority of video content is watched.

Script and plan your shots

You’ve got the key idea, the story you want to tell and you know where it’s being broadcast – now’s the time to start creating. Pollock recommends putting together a treatment-style document with image references that shows how you want the video to look. Depending on how complex your intended video is, you can then draw up a shot list – with details of every shot you plan to film – and start scripting. “In an ideal world you’ll have a clear shot list so everyone knows exactly what’s being shot, where and when. Once you start shooting you can then tick off the shots one by one.”

Imagine spending weeks planning and shooting a series of videos only to have them removed because you didn’t have the rights for the title music. “It can be a huge disappointment to create an amazing video only for an online platform to remove it due to music copyright issues – and they will,” warns Tom More, founder of marketing video-maker Promo. “That’s why we recommend using a professional tool in your editing process, so you know you’re only using audio – and visuals – that will be approved later. When it comes to music rights, it pays for itself.”

In terms of choosing tech, Pollock recommends prioritising sound equipment over lighting. “You can always use natural light, but you’ll almost always need to enhance the sound – the audio should be popping,” he says. Invest in a decent mic, and, if you’re shooting on a smartphone, look for attachments that can boost sound.

As for which camera to use, if you’re making video a key focus in your business Pollock suggests investing in a dedicated footage camera rather than a DSLR, which shoots both stills and video. Camcorders such as the entry-level Sony FS5 and Canon C200 provide broadcast quality at reasonable prices. However, for most everyday filming projects, an up-to-date smartphone will most likely be the only camera you’ll need; investing in a smartphone stand or tripod will help you frame your shots and allow you to film hands free.

Before you start shooting, test your light, sound and battery life and keep monitoring all three throughout the day. Remember: if in doubt, test!

Use a plain backdrop

As with your story, less is more when it comes to settings. Find inspiration in what’s around you – “a simple brick wall can make a good backdrop,” says Wallace – and whatever you do, make sure it’s consistent.

“Try to shoot only indoor or outdoor to ensure a more consistent look and keep your camera either vertical or horizontal the entire time,” says More. “If you need to shoot both indoors and outdoors, plan on adding something in between those clips to break it up – it will actually make your video seem smoother rather than more choppy.” Equally, while you don’t need a professional lighting rig, making sure that you’re not backlit by a light source or washed out by overhead lights will improve the look of your end product.

You may not be shooting the latest Hollywood epic, but that doesn’t mean you can’t try things. “Keep going until you get the shot you want, no matter how many takes, and then try something a bit different,” advises Pollock. “If you’ve got time, try shooting the same shot from a different angle or using a different prop. It’s good to have some options in the edit.”

Keep it short, sharp and snappy

When it comes to editing, the key thing is to keep it… short! “People don’t have the attention span to watch anything that’s too long, and sites like Instagram limit the length of videos to 60 seconds,” says Wallace.

Pollock agrees: “Keep the video short and the editing sharp with lots of pace; you’ve got a very short window to keep people’s attention.”

You can also use the edit to fix mistakes: “Always watch the footage as if you’ve never seen the work before, and constantly ask questions that will require the story to be clear and consistent,” adds More. “Should your footage appear inconsistent visually, you can do tricks like add text styles and filters to give it a more cohesive look.”

Editing software doesn’t have to be expensive – there are plenty of decent, free options for desktop and mobile that will help you get the job done. Most smartphones will allow you to edit video files within your inbuilt video app, while free apps such as InShot can also help with actions such as adding overlay text. For desktop, tools such as Shotcut and VideoPad are useful for basic editing needs.