How to: test a business idea - Brought to you by NatWest 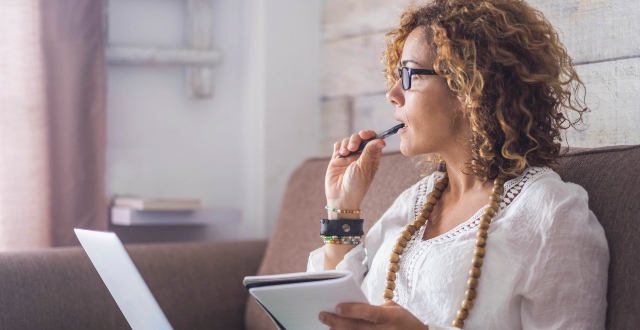 How can you be sure your new business idea will work? We look at the best ways to test business models, products and services before fully committing.

Testing is a vital part of any business plan, both before and after launch day. There are various ways to see if something will be successful, each one with its own benefits and pitfalls to consider. Below are some expert-endorsed methods to get you started.

It’s one thing to tell your audience what you plan to sell, but a prototype will allow them to see and feel it for real. This approach has worked well for David Tshulak, founder of WeJam, a company providing immersive ‘rock star’ experiences to the public.

“Whenever we develop a new feature or product, we always start with a simplified prototype that we can test with customers before jumping straight into an expensive solution that our customers may or may not want,” he says. “When we first introduced our animated notation that allows users to follow the music as they play, we created the first prototype in Microsoft PowerPoint, and it didn’t cost us anything – but it made a real difference.”

…and show it off

A prototype is only useful when it’s put in front of your target audience, or people who know your industry well. Presenting early versions of your product or service in organised focus groups will help you get valuable feedback from real consumers.

“We often run focus groups with parents and their babies, for feedback on new and existing products,” says Lowri Tan, CEO of organic baby food business Little Tummy. “In these sessions we discuss not only our recipe ideas but also thoughts on packaging, marketing and distribution. We then go back to the kitchen to further improve our recipes using the feedback we’ve received.”

Launch on the smallest scale possible

When real-world feedback has given you enough confidence to move forward, consider testing the waters with a small-scale launch.

New product and feature releases at WeJam are often sold at a lower price point to a smaller audience of students before they’re released to the world. “It’s a win-win for everyone,” Tshulak says. “We get really useful feedback on our latest innovations and tracks, and our most loyal customers get a great discount and play a part in shaping our product.”

Filling a warehouse with untested products that you think will sell is a bad idea. If you’re launching something new, and it’s a product people can reasonably be asked to wait for – exclusive or bespoke items, for example – consider entering production only when the sale is confirmed.

Toks Aruoture, whose company The Baby Cot Shop sells bespoke nursery furniture, says making to order has helped her develop her products to be more appealing, too.

“Friends and family are great for support, but they tend to be biased... It’s important to have more balanced, experience-backed feedback so you can make your products as good as they can be”Tim Boote, founder, Protein Rebel

“Our recently launched breastfeeding chair has been an enormous success, but not without us going back to make some changes in the design,” she says. “The changes were as a result of honest feedback from our first clients, such as the cushion being comfortable but impractical as they required daily plumping, which was exhausting.

“Your initial costs will be higher by doing it this way, because it is cheaper to produce items in bulk, but it is better to miss the mark on one or a handful of units than it is to go wrong with 100,000.”

Pop-up shops are short-term retail spaces where businesses can sell products without setting up permanently. And, as the name suggests, they can ‘pop up’ almost anywhere.

“Pop-ups are not exactly cheap to set up but are a lot less expensive than committing to a five-year lease,” Aruoture says.

“Do plenty of research and read some blogs by other people who have been to the same pop-up events or similar in previous years,” advises digital visual artist Christian Azolan.

“You can also get feedback by speaking to other sellers over social media and asking if certain events are worth being at. I always ask about the financial aspects, best stall locations, other expenses and how much they sold.”

To get a sense of what a pop-up space might cost you, try taking a look at the rental options available via platforms such as Appear Here. The platform is currently offering a “Covid-secure cancellation” policy on spaces across the UK, should bookings be affected by new lockdown restrictions.

Seek the advice of ‘knowledgeable cynics’

Something you think is a great idea may not appeal to a big enough audience to be viable, so outside opinion will be vital in the early stages.

And it’s important to ask the right people, as Tim Boote, founder of protein powder start-up Protein Rebel, explains: “Friends and family are great for support when you’re starting a new business, but they tend to be biased and may say your product or idea is better than it really is. It’s important to have more balanced, experience-backed feedback so you can make your products as good as they can be when launching to market.”

George Shaw, managing director of East Sussex-based Avocado Media, agrees: “Too many people ask family members or others who prioritise being polite, because they only like hearing nice things about their ideas, but you won’t get realistic feedback this way. Instead, ask people who have been in business for at least 10 years and witnessed the good times and the bad. Ask a knowledgeable cynic what they think; your bank manager or accountant should have some useful advice, too.”

It’s sometimes hard to let go of an idea you hold close, but remember: you’re running your business for the market, not yourself. If early testing shows that changes are needed, or that your vision isn’t viable, use what you learn to adapt the plan and move forward. That realisation could even happen after launching.

“There does come a stage where, rather than deliberating and spending months perfecting a product, you’ll need to launch with it and see how it performs in the market,” Lowri Tan says. “Just remember that you can always improve on your offering and relaunch it at a later date.”