‘I just created something…and everyone ran with it’ — Founder of Allumer, Natasha Leith-Smith on juggling a second business 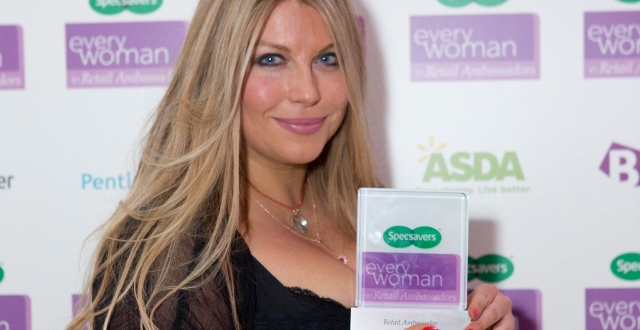 Founder of design agency, Ideology and jewellery brand Allumer, Natasha Leith-Smith’s love of innovation, fun and expression has found two different but complimentary outlets. We talk to her about the challenges of ‘instant success’ versus steady growth, and how she manages and builds on the synergy between both of her businesses.

What was the inspiration for Allumer?

I grew up surrounded by jewellery and used to string pearls for my mother who was a gemologist to earn pocket money. I also love different materials and I'm always playing around with things. One day in 2008, I moulded a chewing gum wrapper into a little pendant and loved its shape so much that I re-made it in gold to wear it. My best friend saw it and asked me to make her one. She wrote a column in a magazine at the time and featured it in there, and the next thing I knew Harvey Nichols had called to ask for a meeting the following day. I had no graphics, because it wasn't a brand at that point, it was just a bit of chewing gum wrapper, and I'd only made two pieces for people so I had to quickly get them back as samples for my meeting. Allumer itself means ‘to light up’ in French and I’d always wanted to use it for a brand name. At the time Ideology was also designing matchboxes for a nightclub — and while I was trying to work out what to do about packaging it came to me: matchboxes and illumination. The whole concept, logo and packaging came together in one night.

Were there any challenges to setting up an ‘instant success’?

The challenges were never that difficult, even though the brand was born overnight. At the meeting Harvey Nichols said I needed to halve the price: the pendant I had made was 18-carat-gold, so I suggested we do it in nine-carat-gold. They put an order in and I delivered the first stock within the month. Then there was a lot of press around it, and for a while it seemed that whenever there was a jewellery feature in a magazine they would contact me. Every morning too, I'd wake up to emails from shops all around the world asking to stock my product — but it wasn’t as if I had thought, ‘let's make it into a business’. I just created something…and everyone ran with it. In contrast, setting up my design agency in 2000 was a more gradual process. I was working at Channel Four and moonlighting with design work on the side at the time and got a job to design a new nightclub at a time when Channel 4 was offering redundancy. So I took it, and off the back of that first job I began to design nightclub after nightclub, and Ideology was born.

Is there crossover between your businesses and how do they work together?

My two businesses are different products but the link between both is great design, whether that’s the jewellery itself or the social media, marketing or packaging for Allumer which we design at Ideology — along with the other design projects we do there. I like to make sure everything is always innovative and fun and that’s another crossover between my businesses. But then work for me is always fun — I don't even consider it ‘work’ because I enjoy it. And in fact that’s really how I ‘started’ Allumer, not that I was even ‘starting a jewellery company’ — I was just fiddling with things, which I love to do.

What advice would you give to other entrepreneurs starting out?

Quite early on, I had lots of people asking to invest in my business, and here I think if I had had a business partner I might have done things differently. At that stage, I didn’t really understand about growing a business — my business was growing organically; the more orders we got, the more press we got, the more global we became. We were in Korea, Britain, the Middle East, the US and Australia. We didn’t really need funding I thought, but I wasn’t thinking about the future, I was thinking in the present. I didn't really want to lose a percentage of the business at the time and I didn't really know that in fact it probably would have meant a bigger gain. I was all trying to hold on to it all. But you have to step beyond your comfort zone to grow and although you might think that you didn't need any help to set your business up initially, you will need to have help at some point to jump to the next level.

You were an everywoman in Retail Ambassador award winner in 2015 — how important are awards to the growth of a brand?

I find it hard to write about me, and that includes putting in award entries, but I do think it’s an important thing to do. Sometimes I’ll meet someone and tell them I have a jewellery company and a friend of mine will say to me, ‘You don’t just have a jewellery company, you have an amazing award-winning jewellery company’. But because you live in your business every day you don't really feel ‘the fantastic’ all the time — and awards can just remind you of it. But, after you win an award like the one from everywoman, you're back to the grind the following day, and that is an important way to keep perspective. You may have this amazing business, but also there's hard work and grind as well — and you always have to keep up the momentum.