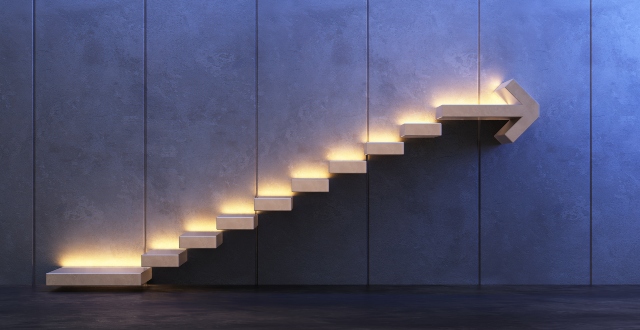 Described as ‘Willy Wonka for grown-ups’, Smith & Sinclair was set up in 2014 after its founders noticed the popularity of their handcrafted alcoholic confectionary at the board game dating nights they were running. They began on a stall in Soho’s Berwick Street Market — now their Alcoholic Cocktail Gummies, Alcoholic Dippers and Edible Fragrances sell to a global market, with company offices in London and New York. CEO Melanie Goldsmith discusses re-setting her life goals in light of the Covid pandemic, and how writing short stories helps her deal with conflict.

What in your routine is essential for success?

As much as I’d love to be ‘that person’ who has a strict regime of waking up at 6am for meditation followed by a high-protein breakfast, I’m quite the opposite: I get quite anxious with too much repetition in my life. For example, I love sugar, so my mood and cravings very much dictate what I eat — and I’ve found that works well for me as it creates more moderation across the board, rather than starving myself of dessert and then binging on a tub of Haagen-Dazs when I’m working late. I don’t completely go with the flow though as I do recognise the importance of sleep when sleep is needed and I make sure that I get at least two exercise hours in a week, whether that’s a dance class or yoga, and I try to carve out time to socialise as I’m energised by laughing and talking ‘life’ outside of work.

What’s your top tip for staying on top of finances, practically, emotionally or strategically?

While I was leading our first external investment raise, I suffered from migraines. I once had to leave a pitch to be sick in the bathroom, and as I lay there with my head on the floor I thought, ‘There has to be a better way to manage this’. So, I’ve spent a lot of time since working on how I could compartmentalise raising money so that it was less emotional as an issue for me. Practically, I’ve also focused on making sure we never return as a business to a place where we are living ‘day-to-day’ with what was in the bank, as it makes presenting a calm, ‘investment ready’ business far too stressful. I’ve also built a brilliant network of supportive investors now, which can be hard to do, but it is the best place to be in. The last thing you want to have to deal with are your own pressures as well as the people holding the purse strings weighing down on you.

What changes have you made in response to the challenges of the Covid-19 pandemic in your business?

As with most businesses, our focus had to quickly pivot to online, but drink sales went up significantly while people were in lockdown at home. We focused a lot on social media conversion: encouraging people to have Zoom parties using cocktail kits and looking at how could we work with other brands to provide positive gift-giving experiences to people who are isolated. It was all about recognising that we are a giftable brand and that gifting wasn't going to die during COVID — it was just going to change how we approach the conversation. The year’s challenges have also helped us focus on how we can make ourselves more of a one-stop shop gifting destination, offering a card, present and a service seamlessly with one button click. That is something we're working on from a UX perspective now. And we're also working out how to create lower-end grocery items that are more like ‘essentials’, rather than just being giftable alone — because it really hit us when all of our premium department stores and independents had to close for months.

What do you do on a daily basis to grow as an entrepreneur?

I always do an end-of-day retrospective, which involves looking back to see what could have been done better, where I’ve been proud and maybe where I’ve been a bit stuck. It’s not a formal thing as I’m not much of a routine person, but most of the time I will speak to people about what’s happened in my day, whether that is friends or my husband, who is incredibly supportive. Especially when I’m feeling stuck, it’s really important that I make sure I’ve got good people to bat that feeling around with in order to get through it and come out the other side. I find expressing my thoughts to people who are not necessarily involved in a particular situation is helpful, because I need them to ask the ‘ignorant’ questions to try and understand it — so that it can make sense to me in turn. I also often write short stories when I am dealing with conflict that make light of the situation I’m in. That helps me to wake up the next morning and not still be weighed down by whatever is going on.

Is there a winning formula for being a successful entrepreneur and what is yours?

I wish there was, and I wish it was free…I think how you view ‘winning’ as an entrepreneur can be the biggest pressure there is, as it becomes a competition you set against yourself to constantly overachieve. For me, this pressure became overwhelming and interestingly Covid-19 has made me refocus on what ‘winning’ is for me. I’ve decided it is to be spending more time creating balance in my life and less time on ‘bleeding’ for a financial goal that was never the reason for setting up my company. You can get swept up in that kind of thinking quite easily and, somewhere along the line, ‘early retirement’ almost became my only goal, no matter how much sacrifice was going to be made to get there. For me, this was wrong, and now I’m in a place of ‘re-setting’ my life.

What sacrifices have you had to make to become a successful entrepreneur?

I never meant to set up a business — we had a product in 2014 that people kept buying and it snowballed and my business partner Emile and I both had to catch up. It was very much growth by demand, and I had no idea how much I would be sacrificing at the beginning, and actually for the first two years. We weren’t prepared financially, and I had no idea what I was getting myself into. I was also in my early 20s at the time, and everyone I knew was going out every weekend and having drinks after work. I wasn’t finishing work until 11pm and I was so tired I’d need to sleep every weekend. I definitely sacrificed my life a bit and as the years went on that sacrifice just became habit. I’ve missed holidays, birthdays and housewarmings, but I’ve still managed to make all the big moments — and also made sure that when I do get a holiday that I genuinely live in it and don’t side-eye my emails throughout it.

What are the three websites or apps you can’t do without and why?

WhatsApp, Zoom and Shopify are key to our business, because communications and sales are at the core of what we do. During lockdown, e-commerce went up from 12 per cent to 60 per cent of our business and Shopify as a tool has been really quick to respond to the crisis. It hasn’t let us down, the back end hasn’t frozen, and it is so easy to extrapolate the information and be able to use it to positively impact our ad services so we could focus better on conversion. Zoom and WhatsApp have also been crucial to communications and team building during this period, but even before this we were quite a flexible workplace, with half the team doing two to three days a week from home. I see WhatsApp as a warm place to communicate — but also if I send someone a WhatsApp it’s because I need something urgently, and email doesn’t quite prompt that same level of responsiveness. Zoom made having regular daily meetings easy during lockdown and has allowed us to socialise too every Friday after work, where we hold an online cocktail hour, play online quizzes and talk about the week. I’ve found that video conferencing does prioritise extroverted people though, and I’ve become hyper-aware of those introverts who don’t get quite so involved — but also conscious of not putting them in the ‘hot seat’ in online meetings either. I haven’t got the balance right — it’s definitely a work in progress.