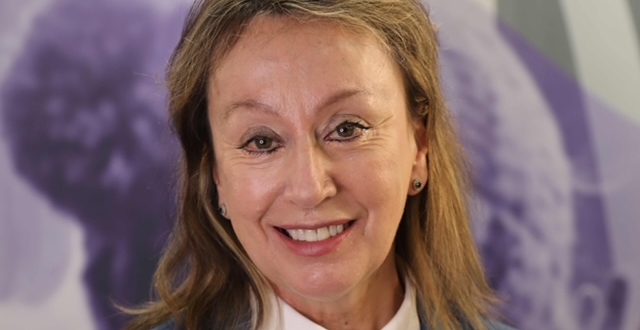 Winner of the Hera Award at the 2020 NatWest everywoman Awards, Sarah McLean worked her way up through the McDonald’s organisation to become its first female UK regional manager. She now operates one of its largest franchised organisations, employing over 2,000 people and running 21 restaurants in the Midlands. Here, she talks about the power of discipline, how fear gives her real perspective and why she’s always looking out for the next opportunity.

What is essential in your routine for success?

I always try and project a can-do attitude, even if sometimes I don't feel like it, because how I show up affects others and if you always look under pressure then that affects people's confidence in you. I'm generally a glass-half-full person though and getting a sense of perspective when things are difficult is the first step to shifting your mindset toward positivity. That comes with experience, and often with age, but a lot of it also just comes down to breaking down the problem and then trying to influence the things you can actually control. From a work perspective, I also always try and get the best out of people, and for me that means giving people confidence in what they do — which is probably the most important thing you can do with anyone you work with because it just changes their behaviour and their performance level for the better.

What do you on a daily basis to grow as an entrepreneur?

I'm always looking at the next opportunity for the business. I don't really dwell on the past much, or actually probably reflect enough on actions or decisions I've taken. As soon as I've bought another franchise or opened a new restaurant, I'm ready to look at another project. That's probably what makes entrepreneurs different from people who work in the same job for years and enjoy it, though. I am always looking for the next challenge — personally as well as professionally, and asking, ‘What am I going to do to give me the next adrenaline rush?’ and ‘Where are we going next?’.

Where did you get your entrepreneurial spirit from and what did you learn?

I think I probably got it from my father, who owned a tailor’s business when I was a little girl. I used to help him in the shop, and I remember helping to sell customers shirts and ties at Christmas as an eight-year-old. He was a source of inspiration to me but having been born in 1910 he was very ‘traditional’ and wanted a son, and as soon as my younger brother was born, he became the golden child. I’d hear my father say things like, ‘We're going to do this for John’ and ‘John's going to go to a private school’. I remember thinking, ‘Well, if it’s going to be, it's up to me. I've got to make own my way in this world and I'm not going to get any help from anywhere else.’ I did actually have lots of help from my parents though, and they were very loving, but I think that's definitely part of what shaped me – and why it’s important to be careful what you say around young children because they do hear stuff!

How do you stay focused?

I don't see it in myself, but other people ask me where I get my drive from a lot. I'll make a list of things I'm going to do that day and I do them come hell or high water, which gives me a sense of achievement. To-do lists have always been my structure and it's very much the discipline of McDonald's. I learned that as a trainee joining the business at 21; that was how you ran your shifts and planned your day. Having a list keeps me motivated and makes me accountable to myself — and it also helps set the example for other people who see how you work and hopefully then a little bit of that rubs off.

What's your top tip for staying on top of finances, practically, emotionally or strategically?

When I first became a franchisee in 2002 and I was making that transition from being part of the McDonald's executive to running my own business, I had to show that I could do it. I’d also put all my savings into the business, and first thing I needed to do was get strict financial control. I needed to look at every line of the profit and loss statement and impress upon the management team that this was now my business, they weren't part of McDonald's Corporation, and they had to apply a different kind of financial scrutiny to what they were spending. I didn't have an area manager for four years when I started, which was unheard of; instead, I worked through every account by myself. My team were all in the same office, so they would hear me making phone calls, revising every contract and not letting people put their prices up if I didn't think it was acceptable. I think that discipline transferred to them as well, almost by osmosis. I was able to stabilise the profit and loss statement, and then I felt I could open the burner up and invest in growing in sales with local promotions, advertising or sponsoring local football teams — but only once I'd got the discipline in place to grow the business and its reputation.

What the most effective change you've made in response to the pandemic?

The strategy and reopening process has been handled by corporate McDonald's; I've spent most of my time being a point of contact and reassurance for the people that work with me. Everything has been done with safety of customers and employees in mind and the biggest change really in the business has been in our restaurant safety procedures. We’ve had to rewrite everything from scratch to include masks, screens, sanitiser kitchen rolls and social distancing — it's almost been like opening a completely new business in some respects.

What makes you feel out of your comfort zone and how do you handle that?

There really isn't really anything in work that phases me now, if anything takes me out of my comfort zone it's generally outside of work. I own racehorses, and I'm part of the racing routine so I ride them. I don't race because I'm too old and not fit enough, but my trainer, Nick, still does a lot of things with me that he would do with the jockey when getting the horses ready to compete. That instils genuine fear in me because of the danger involved — and actually that helps keep me calm in all other things. He will tell me to ‘Just nip over those two chase fences’ and I’ll be on the horse thinking, ‘I don't want to do this! I could die! I've got people relying on me! What am I doing this for?’ But instead, I’ll just say, ‘Yes, Nick’ and off I go…