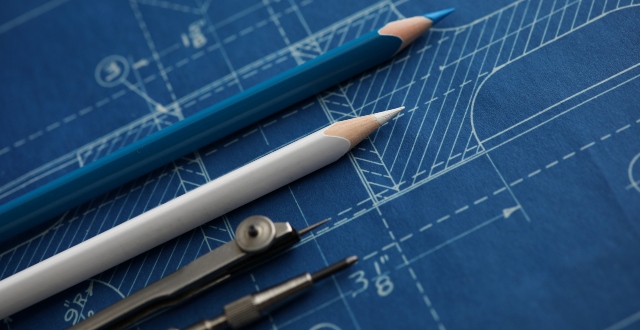 It was the largest event of its kind in Europe, attended by over 600 women in technology from across the world, presided over by key players from the most exciting and changeable industry of our times. The second annual everywoman Forum: Advancing Women in Technology saw thought leaders share their advice for the sector and its would-be leaders.

“ALPHA MALES NEED TO GET ON THE PAGE”

“It must be wrong that the technology sector – a sector that’s so important for our economy, that touches every other sector and is only going to become more and more important in our lives – has a low percentage of women. There’s no silver bullet. This is a long road we’re all on. And it must be encumbered on all leaders to do something about it…step by step, quarter by quarter, until we’ve got a more gender-balanced workforce.”

Fujitsu Chairman UK & Ireland, Michael Keegan, also has a strong message for those “alpha males” who haven’t yet got on the page with gender diversity: “Wake up. This is a really important issue. Not just because it’s the right thing to do, though by the way it is. It’s important because all of the research shows conclusively that diverse businesses are more in touch with customers, better connected to their workforces, take better decisions and generate better returns for shareholders.”

Fujitsu, Keegan revealed, is taking a three-pillared approach to low female inclusivity: promoting its high-ranking females as inspirational role models, rolling out an unconscious bias training programme, and building support networks for women across the organisation and the industry as a whole.

At Cisco, gender parity is being led from the top: “The changes [our new CEO, Chuck Robbins] has made to the leadership team are incredible: nearly 50% female, with women in positions such as Chief Operational Officer and Chief Financial Officer,” said Chief Technology Officer Dr Alison Vincent. “That’s a fantastic example of leading from the front, which is having huge, fantastic ripple effects across the organisation.”

“BE YOURSELF; EVERYONE ELSE IS TAKEN”

Dr Vincent urged our delegates to remember this Oscar Wilde quote, which, for her, is what ‘The art of being memorable’ – one of our panel discussions – is all about. “Personal brand is an important aspect and I’ll share with you mine: Intelligence. Empathetic listening. And fun. I think those three things sum up who I am and how I come across,” she revealed.

“If you’re struggling to come up with your own – ask someone close to you; ask your son or daughter – they’ll certainly tell you! And then reflect that back to your colleagues in terms of ‘Do these three words really sum up my uniqueness and the value I bring to this role?’”

For Jacqueline de Rojas, Citrix Systems UK’s VP & General Manager in Northern Europe, this was a lesson she learned late: “You don’t have to be an ‘alphazilla’. I behaved like that when I was younger, probably because I was working in a male-dominated environment,” she said. “As I’ve matured, I leave fewer ‘dead bodies’ behind in my pursuit for success!”

“I ask for honest feedback regularly through 360 assessments. One great thing to do is ask people to tell you, anonymously, three words that they think describe you best. And you’ll learn even more if you ask them to give three words that describe the gaps in where you are.”

SeenIt Founder Emily Forbes also learned the value of personal brand through her early entrepreneurial endeavours: “It isn’t something I focussed on as much as I should have done [until] I realised people were putting me in a box. So I started talking more about my values, and the more honest I was, the more people came forward and shared insights that propelled me forward.”

After we opened the Forum with the key message that some of the biggest advances in business and technology can stem from the smallest steps taken, our panellists agreed that some of the propellers in their own careers hailed from everyday decisions.

For Co-founder Alex Depledge, what enabled Hassle.com’s technology platform – sold in 2015 for a reported €32million – was a book purchase which saw her partner Jules Coleman take to her bedroom for a month and learn to code.

Barclays’ Managing Director, Head of Strategic Investments, Andrew Challis, urged the audience to stick their hands up at every possibility: “When you see an opportunity, a gap, a way of doing something better - step up and do it. It’s a misnomer to think you’re anonymous in big companies and you can’t influence [but] the opportunity is even bigger there,” he insisted.

“Just take my role at Barclays. We didn’t have that function six years ago, but I recognised that we needed it. If it’s something you’re personally interested in, take a chance.”

Sometimes, small changes come from within, as was the case with Helen Adams, Vice President of Sales, Europe & Asia at ARM Holdings. “A small step is to be brave. It’s quite intimidating to sit in a room as the only woman – something that happens weekly for me. You have to be brave, encounter hostility and recognise that it’s not personal; it’s about business.”

For entrepreneurs and corporate stars alike, fear of failure must be overcome if you’re going to make a splash in a crowded pond, agreed our leaders.

“We need to stop worrying about what people think of us, about not making that next promotion, about moving jobs,” urged Depledge. “As a former hiring CEO, you’ve no idea how hard it is to find talent… so if you’re thinking about putting your neck out there, or telling your boss that they’re doing it wrong and there’s a better way…now is the time to do it. Leap and the net will appear,” she said.

Like 70% of women who start their own enterprises in the sector, Emily Forbes had no previous experience. “I didn’t know tech and I hadn’t done business before [so] I was getting so much advice I was losing my confidence to make my own decisions,” she admitted.