The rollercoaster ride of the entrepreneur 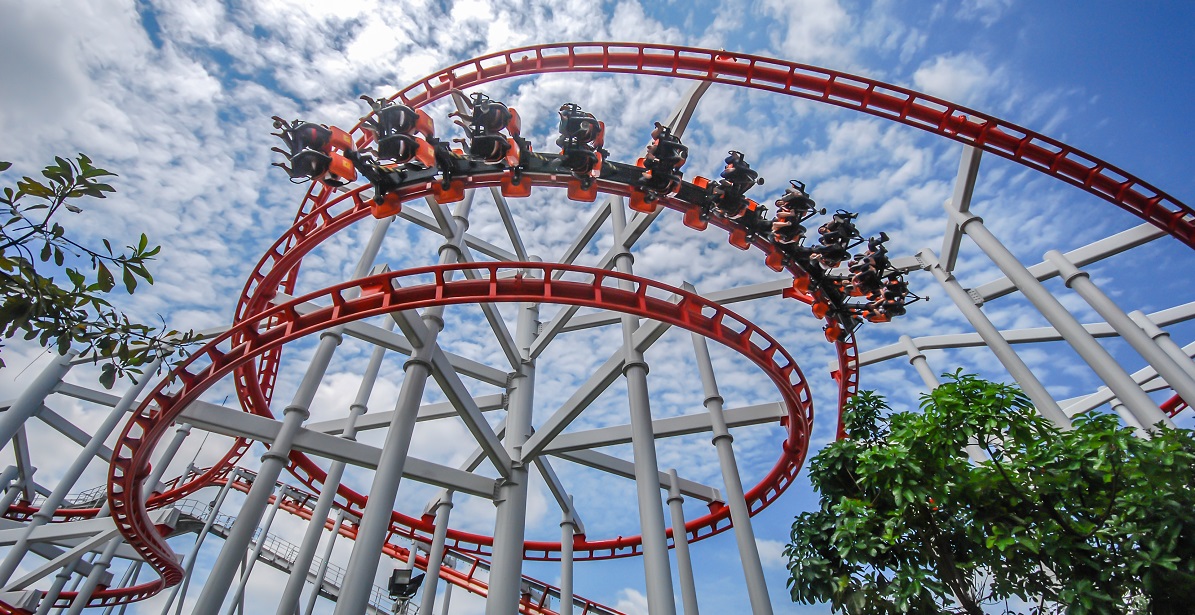 Nobody ever started a business because they wanted an easy life. But the stress, setbacks and maxed-out credit cards can see many entrepreneurs paying a heavy price. Here’s everywoman’s survival guide…

The entrepreneurial life has much going for it: the thrill of being your own boss, the satisfaction of doing a job you really love… plus the idea that Anya Hindmarch or Michelle Mone-style success could be waiting around the corner.

But the entrepreneurial life also has much more not going for it. For a start, you’re not just the CEO of your business, but the financial director, marketing chief, social media maven and general admin dogsbody too. You need to lavish constant attention on your enterprise, which requires sleepless nights, strained relationships with loved ones and daily disorientation (being an entrepreneur is not dissimilar to being a new parent). Then there are the financial woes: maxed-out credit cards, investors breathing down your neck, chasing late payments, rejected bank loans – need we go on?

It’s little surprise then, that entrepreneurs are more prone to heightened emotional states such as depression and worthlessness. One 2015 study by University of California professor Michael Freeman found that nearly half (49 per cent) of entrepreneurs report having a mental health condition (compared with one in four of the UK population). They’re also three times more likely to suffer from substance abuse too.

The good news is that the strategies for dealing with such pressures are simple: getting enough sleep, exercising regularly and carving out more work/life balance, as we discover here…

Technology hasn’t freed up more time for entrepreneurs – it’s become an all-consuming annoyance instead, making us work every waking hour, respond to emails on our commute, and spend Sunday afternoons tweaking the company website. It’s not unusual for some founders to work 100-hour+ weeks. But tiredness makes us less productive, leaving many entrepreneurs struggling to concentrate.

Feeling overwhelmed or constantly exhausted, having difficulty making decisions, insomnia, headaches, drinking or smoking more and snapping at people are all classic symptoms of burnout.

What to do? Although you can’t prevent stress, you can manage it more effectively with the following simple steps: exercise (it generates ‘happy hormones’ such as endorphins and dopamine), sleep seven or eight hours a night, have better nutrition, enforce smartphone bans (devices that emit blue light can result in poor sleep hygiene), and cut down on caffeine and alcohol.

Dealing with… having nobody to call upon for advice

It’s lonely at the top; even the most successful bosses feel incompetent and isolated. In modern business, it’s often taboo to admit to your mistakes. There’s also the prevailing ‘fake it till you make it’ culture: presenting a brave poker-face when deep down, you know everything’s going wrong. Bottling everything up obviously isn’t healthy: one recent AXA PP study found one in five small business-owners may be suffering from imposter syndrome.

What to do? Good advice is essential when running a business. Consider getting a mentor. This could be an investor, somebody you’ve found through the everywoman SelfMade network, or through a professional organisation such as Start Up Loans or Aspire for Equality. Having a mentor to offer practical guidance down a phone line or on email can be priceless. Sharing your experiences with fellow entrepreneurs at networking events can help. If you’re running your business from home with nobody to speak to other than the Amazon delivery man, consider switching to the conviviality of a co-working space instead. Consider opening up to your team too: emotionally intelligent businesspeople tend to make better leaders who can inspire their teams.

According to one 2015 survey by insurance firm Simply Business, a quarter of small-business owners have fallen ill to stress and overwork. That’s not all: another Xero survey found three-quarters (76 per cent) of small business-owners have sacrificed a holiday due to work commitments.

What to do? The advice here is obvious: you need to recharge. This could be a before-work gym session, meditation or even taking an impromptu day off. Most businesses suffer quiet periods – structure this downtime around these lulls, if possible. Remember, no email is ever <urgent> (unless it’s a firefighter informing you your house is on fire), only important. Instead of firing tweets from your sun-lounger, use scheduling apps such as Hootsuite. And locking up the business for a fortnight doesn’t mean closing the firm: consider hiring a virtual PA such as Get Ahead VA to reply to answer calls and reply to emails in your absence.

Getting your business off the ground is a financially fraught time, often involving working for months without a salary or borrowing money from relatives. Then, there’s the issue of late payments: the Federation of Small Businesses estimates one in three payments to small businesses are delayed, with entrepreneurs spending an average of 1.2 days a month chasing late payments. Meanwhile, research by Prompt Payment Director found one in five (21 per cent) small business-owners have struggled to pay their mortgage or rent.

What to do? Set a limit on how much money you invest in your firm. Also embrace ‘first-year frugality’: rein in your spending by not buying new clothes or cutting down on socialising. And if things do get a bit too much, seek advice from an independent financial adviser, or credit-counselling organisation such as StepChange.

‘Fail fast, fail often’ might be a mantra in Silicon Valley, but the fact is, all those constant knockbacks can build up a hefty psychological toll. If you’re suffering flop-after-flop – think losing customers, increased competition or staffing problems – it’s very easy to get disillusioned.

What to do? Try reframing your ‘failures’. Instead of repeating the ‘I’m a loser’ narrative that might be whirling around your head, remember that no entrepreneur gets one shot at starting a business: they get many opportunities. Recognise that taking a trial-and-error approach can pay dividends. As Thomas Edison once reportedly said, “I have not failed 700 times. I have found 700 different ways not to make a lightbulb."