Turning your biggest fear into a success story 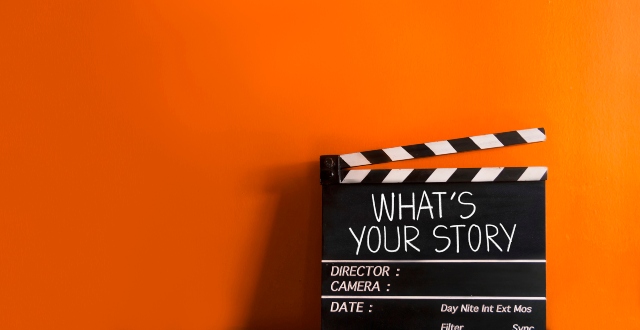 Often cited as the only thing feared more than death, ‘public speaking’ is the biggest workplace fear of 24% of everywomanNetwork members.

But double that number – 48% – are far more afraid of ‘looking stupid’ before peers or more senior figures. ‘Losing my job’ is a huge fear for 8%, while one in five are fearful of being shouted at or told off by superiors.

When fear overwhelms, inaction is the likely result; but through inaction you neither build resilience to fear, nor develop the competencies to manage it. When faced with a frightening situation, many of you will employ tactics that keep you in this debilitating ‘fear cycle’.

46% of everywomanNetwork members are ‘avoiders’ – employing tactics to manipulate a situation to get them off the hook (whether it’s palming a task off onto to a colleague or calling in sick on the morning of that big presentation). 19% are ‘can’t doers’, who manage their way out of fearful situations by convincing themselves - and others - that they simply aren’t capable, thereby passing up the opportunity to build competence around the thing they fear. 35% are ‘won’t doers’ – they take the opportunity, but hate the experience and swear to never put themselves in that position again, failing to take any lessons that will help them build resilience.

This might all sound depressingly self-fulfilling. But in her webinar, Risk-taking: Feeling the fear, everywoman Associate Sally Kettle - whose two successful attempts to row the Atlantic taught her everything there is to know about fear - outlined the three-step approach to breaking the cycle.

ACKNOWLEDGE WHAT FRIGHTENS YOU

Fear is a fact of life that touches every single one of us. The ‘fearless’ entrepreneurs we read about aren’t really fearless at all – they’ve simply felt the fear, and forged ahead anyway. The first stage in breaking the fear cycle is understanding your own fear. Do some thinking around exactly what it is that you’re afraid of and why. For Sally, giving presentations was and remains her biggest fear (and yet a huge part of her career as a coach). She examined her fear, established that at its root was a belief that her audience wouldn’t find her credible, accepted she has little control over others’ perceptions, and saw the fear become less all-encompassing in the process - encroaching only on the few hours before a talk, rather than many sleepless nights in the weeks or months beforehand.

You might already have a clear idea of what fears you’re in the grip of, but maybe you’ve made the mistake of thinking your fear is something that must be conquered. Rather than focusing on the impossible task of ‘overcoming fear’, acknowledge that it’s a normal way to feel and that many other highly successful businesspeople feel the same way.

We all know about the fight or flight response, the reaction to fear, which enabled our primitive ancestors to identify, avoid and survive dangerous situations. As we’ve evolved, so too have the circumstances that cause us fear. Take a moment to identify the ways your body responds to fear. A dry mouth? Upset digestion? Rapid heartbeat thundering in your ears? Perspiration? You might have developed coping strategies such as the inactivity tactics discussed above. Ask yourself if you’re an avoider, a can’t-doer or a won’t-doer. As with understanding your fear, investigating how it manifests itself in you can loosen its powerful grip – as can reminding yourself it’s a normal reaction. Soothe yourself rather than self-chastise when one of these deeply unpleasant – and often upsetting symptoms – rears its ugly head.

EXPOSING YOURSELF TO THE THING THAT SCARES YOU MOST

‘Pushing through fear is less frightening,’ says Sally Kettle, ‘than living with the bigger underlying fear that comes from a feeling of helplessness, or the weighty regrets that can arise in older years if we’ve failed to take the plunge.’

Taking action is the key to altering the cycle to one whereby we face up to fear and – in the process – build resilience and competence to lessen its impact. Easier said that done, which is where baby steps come into play.

If public speaking is the thing you most dread, volunteering to address a banquet hall of strangers is unlikely to get you to a more comfortable place. Start by practising in front of a relative or spouse, move up to a small group of friends or trusted colleagues, and build up gradually from there – the act of volunteering in itself can sway the power balance in your favour. If you’re fearful of meetings with senior players, talk to one beforehand and seek advice on how you can best build authority in that situation. ‘When eating elephants,’ Sally Kettle reminds us, ‘small bites at a time’.

One you’ve identified your personal strategy for facing fear, stir a big dollop of courage into the mix. Courage doesn’t mean you don’t feel afraid, it simply means you don’t let fear stop you doing something. Take time to think about a scenario in which you’ve demonstrated courage within this context. What was the outcome?

Once you’ve summed up the courage to take action, it’s important you reflect on what was learned. It’s often useful to share your findings with others, particularly if they’re in the same boat. Finally, it’s crucial that you reward yourself. Give yourself a large pat on the back and treat yourself to whatever takes your fancy.