Lonely at the top - Brought to you by NatWest 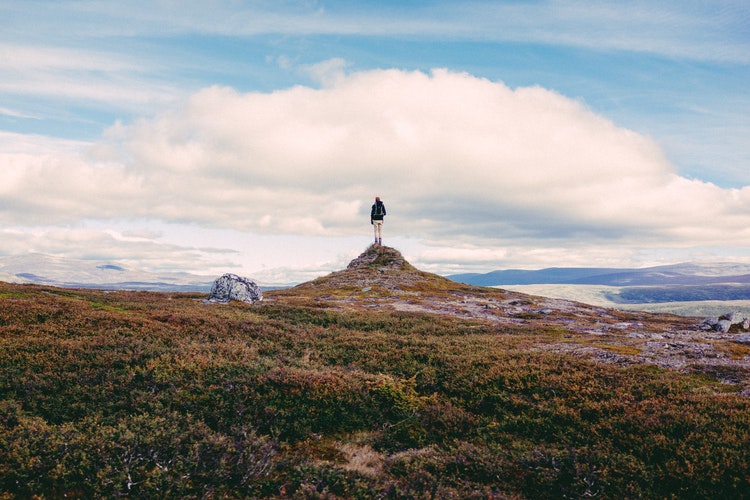 Running a business can be a thrill, but also isolating. We look at some creative ways to beat the entrepreneurial blues.

An entrepreneur’s life is full of challenges: time, money, competition and scaling up are just a few. One of the biggest, though, especially when starting out, is the alone time.

In those early days, entrepreneurs strive to turn their dream into a reality. They often end up working long and unsociable hours to make it happen, leaving them at risk of burnout. When this happens, they may struggle to find someone to talk with who knows what they’re going through. And if there is a bump in the road, they may not have anyone to share their frustrations with or bounce ideas off.

Research has found that 73% of SME owners admit to feeling lonely while three quarters don’t know whom to turn to when things get tough. Furthermore, 60% say the situation is compounded by the fact that there is not enough support for SMEs looking to grow. But there are steps that entrepreneurs can take to combat loneliness.

From homeworking to co-working

When Gonçalo de Vasconcelos started equity crowdfunding platform SyndicateRoom in 2011, he did so from his living room. After realising that he didn’t want to be by himself all day every day, he ventured out to cafes where he could be in the presence of other people – even if he didn’t speak with them. Eventually, he opted to invest in a desk at a co-working space in Cambridge in 2014.

“One of my main regrets as a sole founder – I brought a co-founder on board at the end of 2013 – is not to have moved from my living room to [co-working hub] IdeaSpace on day one. The impact it had was magnificent. I found myself surrounded by an astonishing array of entrepreneurs working in unrelated industries and yet all facing similar challenges,” says de Vasconcelos. “The collective brain meant that ideas were discussed and debated daily and, as a result, SyndicateRoom quickly became a much stronger and more viable concept.”

Be part of a community

One thing de Vasconcelos particularly enjoyed about being part of a co-working community was the opportunity to organise a competition with fellow entrepreneurs. This, he says, was usually a table tennis tournament, with pizza and beers – an ideal way “to make new friends who understand where you’re coming from,” he adds.

Temi Kamson is the founder and CEO of GT Scholars, a social enterprise that provides mentoring and tutoring to young people from disadvantaged backgrounds. Even though she has a supportive team, she says it isn’t always fair to lean on them for advice or to ask them to listen to her worries.

“Last year, I decided to start a small mastermind group for female entrepreneurs. We meet once a month, but these meetings aren’t all about networking – we don’t sell to each other and we don’t even have each other’s business card,” says Kamson.

“We have structured sessions where each member gets to share their challenges and gets ideas and inspiration from the rest of the group. We also stay in touch between meetings via WhatsApp. Effectively, it’s a form of group coaching combined with therapy and friendship,” she says.

Being part of a community where she says she can she be open and honest without being judged has meant that Kamson knows exactly where to turn when she’s having “one of those awful days”.

Not every entrepreneur is able to socialise in the evenings or at the weekends; home and family life can often make this difficult.

For Sarah Cooke, owner of silicone jewellery company Halia Rose and mother of two young children, striking up conversations with customers has proved to be a helpful way of staving off loneliness.

“It’s always lovely to chat with both potential and existing customers, most of whom are mums as well, knowing there’s a real need for what I provide – our range includes teething necklaces. It helps me to remember why I set up my business in the first place,” says Cooke.

When she does find the time, Cooke also likes to take yoga classes. It can be a chance to embrace and appreciate solitude by connecting with your inner self.

Elin Haf Davies, founder and CEO of healthcare tech start-up Aparito, believes endurance sports can be an effective way to deal with the niggling self-doubt that can be exacerbated by loneliness.

“I spent 77 days rowing across the Atlantic and I can honestly say that rowing an ocean is easier than building a company. Ironically, it’s the lessons in adaptability, risk management and perseverance that I learnt on the water that are helping me now,” she says.

Beyond beating the entrepreneurial blues, taking up a sport could also have long-term benefits for business.

“What rowing the Atlantic taught me is that elements will always push you off course, but if you’re patient enough to wait for the right window of weather, you eventually get a push in the right direction,” says Davies. “In short, don’t let short-term disappointments put you off striving for the long-term win, no matter how lonely it gets.”

To combat solitude, here are some resources to help with networking, taking control of stress levels or showcasing your skills.

Calm: Downtime is incredibly important for dealing with loneliness, and apps like Calm offer guided-meditation exercises to boost mindfulness. Headspace is an alternative to download.

Fcancer: Promoting your talent through volunteering can be a win-win for you and those you help thanks to sites like Fcancer, which provides an easy-to-use platform to share skills with cancer charities.