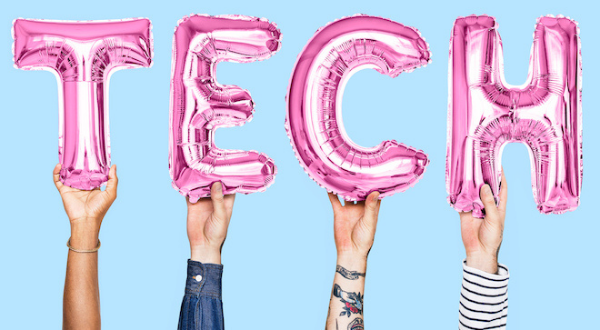 The diverse, exciting and rapidly expanding technology industry is now home to women of every conceivable age, background, skillset and from every corner of the globe – we’re finally showing the world that #WomenDoTech, in a variety of innovative and creative ways.

While men continue to outnumber women in the sector, every female technologist is a role model to others. So join us on a whistle-stop tour of four continents as we discover the routes of four remarkable tech entrepreneurs – some technology whizzes, others computing novices – as they launched their enterprises.

While she was still a teenager, Raven made a name for herself in the competitive technology industry, via her blog SheGeeks. She draws on her two-part college education in computer sciences and communications to deliver straight talking reviews and gadget guides that help people understand technology: “Technology can be daunting for some folks. So, I speak and write about technology in a way that helps others feel empowered to use it,” she says.

As her readership and social media following grew, she was offered journalism and social media management contracts at organisations including TED, Intel and The Industry Standard. As well as recognised by tech media outlets, including the Fast Company (who named her an Influential Woman In Technology), MSNBC (one of 100 History Makers In The Making) and Time Magazine (one of 25 Facebook Profiles you should subscribe to right now). Raven now leverages her relationships in tech – from corporations like Microsoft, Intel, and TED – to impact the places and communities she comes from. She’s living proof that social media and the Internet, managed with flair and innovation, can elevate statuses and network connections at any age and experience level.

Entrepreneur’s top tip: Never stop looking for ways to learn. “I choose projects that allow me to use my past skills in a slightly different way. This gives me the opportunity to learn something new and continuously use the knowledge that I currently have. ‘Approach every company with a slightly different pitch’ is my business motto.”

Following her languages degree Sato followed a non-technical career path, but, mindful of the rapid developments in technology and the future prospects for qualified coders, she began to investigate ways she could develop these skills.

She realised that most of the coding workshops she looked into were male dominated and required a certain level of technical knowledge: “I really didn’t know anything. So I didn’t want to join those meet-ups just by myself. And I thought people who come to such meetings already know (about programming), so I didn’t think I could ask very basic questions.”

So she reached out to the US branch of Women Who Code, a non-profit network who produce coding workshops exclusively for female beginners, and asked for help founding a Tokyo branch. She now organises weekly two-hour workshops where woman can simply pitch up and learn the basics of computer programming, as well as hackathons for workshop regulars to put their newfound knowledge to the test.

Tech women in Japan: It is estimated that in Japan, only around 14% of computer scientists are female. Since 2013, a special government program has allocated a fund to support young female tech entrepreneurs get their businesses off the ground.

THE VIDEOGRAPHER LEADING THE CHARGE OF FEMALE ENTREPRENEURS IN THE MIDDLE EAST: FIDA TAHER, AMMAN, JORDAN

When this ambitious video producer announced that she was going to launch a recipe website, onlookers were bemused. She had no culinary skills whatsoever, no experience in business, and her corporate job held great prospects: “[But] I had stopped learning and felt too young to settle,” she explains.

It was precisely her lack of food preparation talent, combined with her nose for a great video, which enabled her to spot a gap in the market for practical and visual recipes. She launched Zaytouneh (meaning ‘olive’ in Arabic). Now in her mid 30s, Taher’s website and its accompanying YouTube channel boasts hundreds of short clips showing only hands and ingredients (meaning videos can be translated into multiple Arabic languages) and has been a massive hit, attracting finance from a satellite broadcaster and a mobile telecoms operator.

Entrepreneur’s top tip: Do your research. Before she launched Zaytouneh, Taher spent an entire year researching Google trends to be sure she had a large enough market. She was definitely onto something: searches for recipes in Arabic increased by 190% in 2012 alone.

Tech women in Jordan: Though only 16% of women in Jordan are able to find work (despite half of all university graduates being women), female entrepreneurs are on the rise, thanks to a supportive and thriving start-up community. Taher is leading the charge and was recently awarded everywoman partner Ernst & Young’s Emerging Entrepreneur For The Year.

Watch Taher talk about her vision and the confidence she found to take the next step in her business dreams.

Following a degree in civil and structural engineering, Sanders spent 17 years in the corporate world, first as an engineer and later as a project manager. Having already proved herself in this male-dominated world, she embarked down a new road into the equally male world of computer gaming. Her business, Real Serious Games, uses the latest advanced visual technologies and 4D animations to provide construction companies and town planners with computer-generated simulations of their plans in order to enable them to spot and avoid costly mistakes.

She is a passionate supporter of the use of technology in the construction industry and believes that new and future advancements have the power to radically overhaul the way buildings and entire towns will be created. So much so in fact that she predicts that in future, no architectural experience will be required for someone wanting to build:

“You and your 10 colleagues might decide that you want to build your own sustainable building, or a cafe or cinema complex (using gaming technology). Rather than have a developer dictate to you what it is that you’re going to buy off the plan, you drive your own destiny by having it designed and built the way you want without an engineering or architectural background.”

Tech women in Australia: A 2015 study of employers hiring women into the tech industry ranked Australia highest of seven other developed countries including France, Germany, UK, Switzerland, Hong Kong, Singapore and Japan. Meanwhile a non-profit called Tech Girls has published a series of free books Tech Girls Are Superheroes, distributed to schoolchildren the stories about girls changing the world through technology.