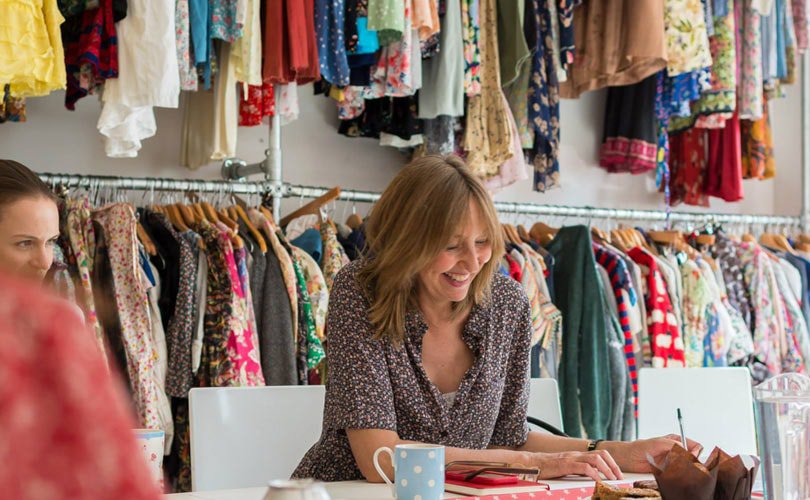 Cath founded Cath Kidston Ltd in 1993 in a small store in London’s Notting Hill with a start up budget of just £15,000. From her original ‘home store’ concept she built and developed the business into the influential and highly recognisable global brand it is today, with more than 200 stores worldwide and a global e-commerce business.

Prior to starting Cath Kidston, Cath co-founded the interior design and ‘curtainalia’ company McKinney Kidston in a store off the King’s Road in Chelsea, (1988-1993) having previously trained in interior design under the celebrated decorator Nicholas Haslam (1985-1988).

Cath remained Creative Director of Cath Kidston Ltd until December 2014, when she moved to a non-executive board role; a role she left in February 2016 when the business was valued at £250m. In 2010 Cath was awarded an MBE for service to business and she was made an everywoman Ambassador in 2011. She is now a trustee of the charity Fine Cell Work, mentors start ups and runs a new independent design studio, Joy of Print.

Having been an everywoman supporter since 2011 I’ve seen first-hand the transformational work the organisation undertakes to advance, elevate and inspire women in the workplace. I’m delighted to lend my support to the #selfmade Entrepreneur Campaign.

I come across so many great start ups these days and it’s interesting to see that whatever their potential, they usually face the same challenges I had to work through along the way. I am delighted to share my experiences through the everywoman network and congratulate them on founding this great campaign.