Portia Hart: I had no idea how to run a beach club but I knew what the clients wanted 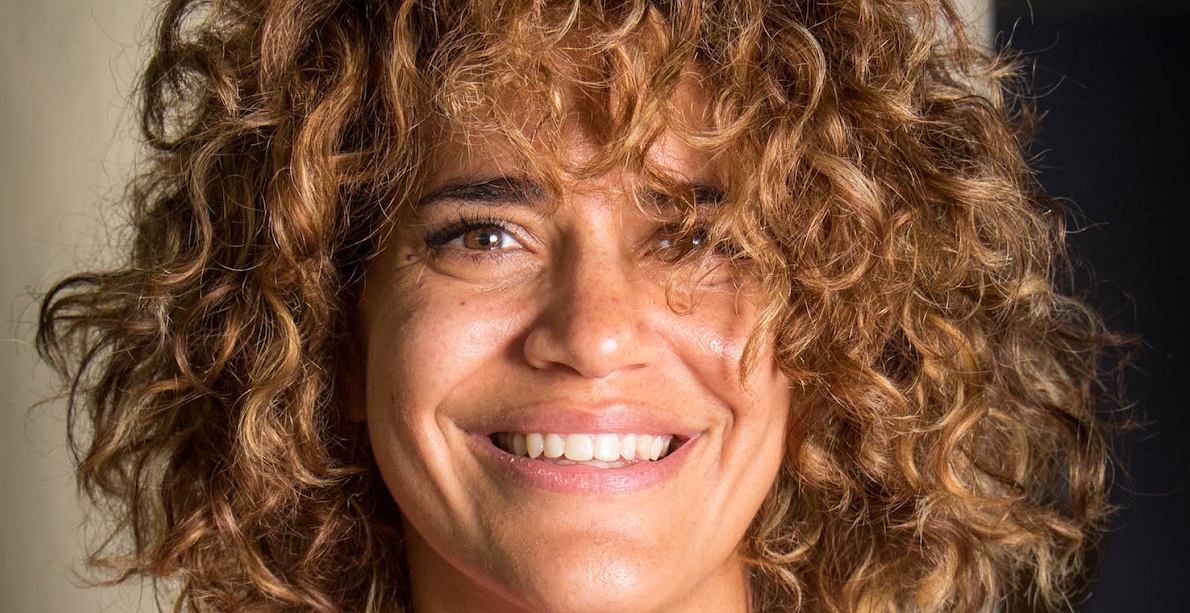 After quitting London for Cartagena, entrepreneur Portia Hart brought the concept of Ibiza-style beach clubs to an idyllic Colombian island. As her business in the South American country expanded, so too did her desire for sustainability, responsibility and support of the local community…

Hidden on the southern shore of Tierra Bomba island, off the coast of Cartagena, about half an hour by boat from the Colombian mainland, lies the super-stylish beach club Blue Apple. It’s run by British-Trinidadian Portia Hart, who originally came to South America from London because she “wanted to learn Spanish”.

She has a friend with a Colombian boyfriend to thank for the life changing jaunt. Offered the chance of joining them on a trip to the continent, Hart didn’t need asking twice. She jumped at the chance and quit her job of eight years at a yacht brokerage. And while they moved back after six months, Hart remained.

Hart went “on a bit of a sabbatical” – though that may be considered something of an understatement. Fast forward four years and the hospitality entrepreneur runs the Blue Apple, a beach club/hotel, Townhouse Cartagena and Green Apple a not-for-profit social enterprise that uses trash to create job opportunities for local people. That sabbatical turned into a powerhouse for change.

Hart started Blue Apple because she couldn’t find a beach club of the type common in Ibiza, the south of France or Mykonos. As Hart tells it, “One day I was on the phone to my dad, and I was like, ‘I'm going to use my savings and set up a beach club.’” Hart assumed her “conservative and sensible" father would tell her not to be so ridiculous. As it turned out, Hart senior, who ran his own business, thought it was a great idea. “So I was like, ‘well, that wasn't the conversation I was expecting.’”

Despite two generations of Harts’ enthusiasm, to begin with nobody else thought it would work. Why? Her doubters, she recalls, didn’t think it would go down too well with the locals. “And they’re right, the locals don’t like it… they LOVE it!” beams Hart. In fact, they make up 60 per cent of her clients at weekends, attracted by the great atmosphere and great food. “And at one point we were the biggest distributer of San Pellegrino and rosé wine!” Which is incredible, considering that “until 10 years ago, the country was basically completely sealed off from everyone else.”

Beach clubs may conjure up images of care-free attitudes and excess but from the word go Hart was keen to flex her environmental credentials. This led to the formation of the Green Apple Foundation: “We just didn't feel anyone was taking recycling and sustainability that seriously,” says Hart, who one day could be composting, and another, working with glass artists to train 10 apprentices in artisanal skills to turn waste into beautiful objects. In addition to working with local villagers, The Foundation has recently signed a partnership with Diageo, trying to create “a small economy based around not putting rubbish into the sea”.

Such endeavours can sometimes be an uphill struggle in a poor country. “There's trash everywhere; no running water; sometimes no electricity; and hospitals are only open some of the time. Sometimes, it's really bad.” One day, a cow fell into her septic tank.

Notwithstanding all the preconceptions, though, Hart is passionately keen to sell the other side of her adopted home. Such as the fact it’s one of the world’s largest exporters of flowers, and one of the most biodiverse countries on the planet. “Also there’s a really strong African culture in the northern coast. And then you've got a strong European culture in Bogota. Cartagena even does an International Film Festival.”

Initially, though, it was a real culture shock for the woman who started out working for a large brokerage company. “I was a joke,” she says of her initial, life-changing foray. “I had no idea how to run a beach club. I didn't know how to cook. But I knew what the clients want.” She attributes some of her business nous to working for yacht marketing company Y.CO, “which grew from 15 people to 200 people while I was there. I started as a PA and ended up as the managing director, so it was kind of like a really long-term MBA.”

The boutique Townhouse Cartagena sits in the heart of Cartagena’s historic walled city. “We call it the hostel for grownups,” she says.

She recruits staff via word of mouth. “You find a couple of good people, and then you get a good reputation for being a good employer.” There’s English lessons for staff, and interest free loans, “if they want to do something to their house or send a kid to school”.

There’s no security at the Townhouse either, other than a night watchman. And despite break-ins in other nearby hotels, they’ve never had one. “What generates crime very often is a feeling of inequality,” says Hart, who puts their good fortune down to the fact the hotel is genuinely part of the community.

And Hart increasingly sees that holiday goers want an authentic experience. “You can stay somewhere and be really comfortable and have a really nice time. But also know the place you’re staying in is contributing to the advancement of other people. I think that's a nice feeling to have as a traveller.”

Hart thinks her next hotel project will be in the countryside, in the coffee region, “a gorgeous, incredible area of Colombia,” that just so happens to be lacking hotels for younger people. She’ll be applying her mixture of vision, business savvy and pioneering relaxed attitude to her next project. “Things go wrong, and you make mistakes, and you kind of go with it, and you make it up as you go along.” So far, it’s a plan that’s working brilliantly.